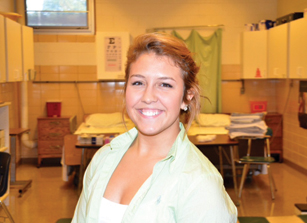 Many teenagers and adults alike have watched a television series and wished for the life portrayed on the show; however, few have the drive to strive for that life. Northview senior Carolynn McCartney has big dreams, many inspired by Grey’s Anatomy (such as moving to Seattle and becoming a doctor), and she has started to make those future goals a reality through her savvy academic choices. 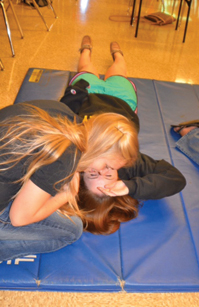 McCartney was recently chosen to serve as the Ohio State President for Health Occupations Students of America, or HOSA-Future Health Professionals, a future health professionals organization, after a rigorous application process. She first submitted an application, then a handwritten letter of introduction. She was subsequently required to take a series of tests online before a final interview with HOSA representatives, followed by a speech to the Ohio delegation of HOSA members. In September, she will be representing Sylvania and the state of Ohio at the Leadership Academy in Washington, D.C..

While McCartney is busy with school work, theater, cheerleading, water polo, and a slew of other clubs, she still manages to find time to meet once or twice a month with the other HOSA delegates. Her most memorable moment from the organization thus far was her announcement as president. McCartney reminisces, “ Being able to stand up and having everyone clap for you…it brought tears to my eyes. It was so amazing having everyone look up to me.”

McCartney is also a Northview Med Tech student, which is a “program to introduce [students] to the medical field, terminology, and first aid.” She joined this program because she hopes to be a pediatric oncologist, and this program allows students to shadow healthcare professionals. McCartney is currently job shadowing at Toledo Hospital, and she hopes to be assigned to either pediatric oncology, radiology, or anesthesiology.

McCartney plans to attend University of Washington next year, which she chose because she’s “obsessed with Seattle” and “it’s the top nursing school in the country.” She visited Seattle about three years ago as part of a synchronized swimming competition (she’s proud to announce that she placed 24th), and she says, “It’s so perfect.”

Being able to travel with synchronized swimming and now HOSA has given McCartney a special perspective for someone her age.  She explains that she’s “more diverse and open to more views. It’s so unique…that I have so many different views because I have seen so many different cultures and people.”