Being a father is hard work, yet these four dads want only one thing on the day dedicated to them: to spend time with their families. 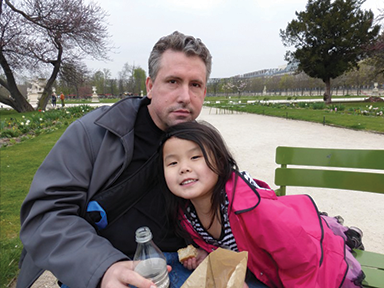 Patrick Dougherty waited a long time to become a father. He and his wife, Katie, adopted Roz from China, after almost four years of patiently waiting, when Roz was just shy of nine months old. Patrick reflects on the first time he realized he was a dad: “When it really hit me was when we were in China. We went into our hotel room, and there was a crib sitting there. That was the moment I realized it wasn’t just a process anymore; it was real.” Patrick’s favorite part of Father’s Day is spending time with his wife and little girl. He explains, “Any day that I get to spend with Roz and Katie is great. It just makes me realize how lucky we are.” They don’t have any special traditions for the holiday, but, weather permitting, they will probably go outside and “mess around” which usually means riding bikes or throwing/kicking a big, inflatable ball back and forth. 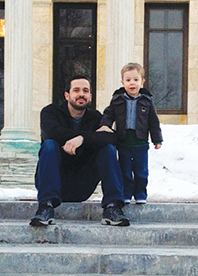 Father to Noah, 2, and expecting a baby boy in July
Hometown:  Toledo

Pete Mann explains that his family doesn’t have any Father’s Day traditions because, as he says, “Well, I guess there’s only been two of them so far, so I’m drawing a blank here. They usually make me a nice card and make me dinner, pamper me a little bit. Oh, and my wife Sloan says, ‘Every year we go to Imagination Station for Father’s Day.’” He laughs and adds, “There’s your plug!” (Sloan, is assistant director of STEM education at Imagination Station). One of Pete’s favorite moments as a father involves watching Noah light up with excitement when he is doing what he loves. “Noah gets really into baseball and music. He listens to music, dances around, and plays his guitar. He gets so excited when he’s ‘rocking out.’ It makes me feel proud, since I play, watching him get so into his music.” 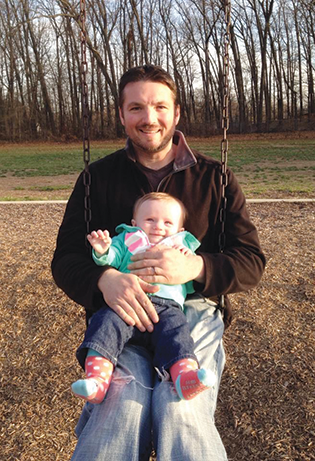 Spencer will be celebrating his first Father’s Day this year with his 7-month-old daughter, Evangeline (Eva). While Spencer says they don’t have any plans for the holiday, he reflects that his wife, Erin, “usually surprises me with something, so most likely she has something planned.” Spencer has one wish for his first Father’s Day, “I would just like to spend time with my daughter.” Spencer recently took Eva to the park for the first time, and he loved watching her smile as she tried her very first swing, and he hopes to be able to do that again with her for Father’s Day. For Spencer, being a dad means many things. “It means responsibility, it means fun, it means a lot of learning, and it means patience, lots of patience.”

Father to Aria, 3, and expecting a baby boy, Angelo, in June
Hometown:  Sylvania

For Father’s Day, Dominic’s daughter, Aria, who is only three, likes to “write” her dad little notes and then “read” them to him. Besides spending time with his family for Father’s Day, Dominic says, “I like having my own day; it’s pretty cool. Being a father is tough–it’s hard work–and it’s nice to get a little recognition for that.” While being a dad can be exhausting, Dominic says his favorite part of fatherhood is hearing his daughter call him “Daddy.” He explains, “When I come home from work, if Aria is home, she’ll run up to me yelling, ‘Daddy!’ It’s like something out of a movie. It makes my heart melt.” To Dominic, being a father means being a mentor and providing for his family. He hopes that his children learn what it means to have a good work ethic and to hold solid values from watching him.