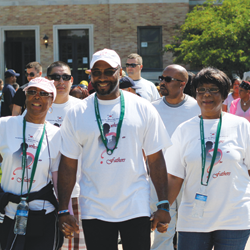 Mark Robinson’s life story is the stuff of books. Robinson’s original dream was to play in the NFL, and after receiving a full ride scholarship to Alabama A&M University for football, he was well on his way to making that dream a reality. However, during his freshman year he shattered his ankle, which consequently shattered his “hopes and dreams” of professional ball. He attended college for only one more year because, as Robinson explains, “I lost all motivation after football. I didn’t have a plan B.”

Unsure of what to do with his future, Robinson enrolled in the military. Yet after only 3 months, he was medically discharged; one of the three surgeries on his ankle was a skin graft, and the military-issued boots rubbed incessantly on his ankle, creating a painful lesion.

Talk to Mark
“I was trying to get my own life together at that point, but everyone kept asking me to help them through the challenges in their lives,” Robinson says. “Everyone was saying, ‘You should talk to Mark; he can help, he can help.’ It became so frequent that I approached one of my mentors [about it]…and she said, ‘You should embrace that because that’s a sign that God’s trying to use you.’” Thanks to his mentor’s encouragement, Robinson decided to go back to school at Syracuse University in order to pursue a Master’s Degree in Social Work.

During his studies, Robinson began working in the Head Start program as a male involvement specialist: “My responsibility was to get fathers involved in their children’s education. I designed the blueprint [for this program] because there was nothing in place, and I had to create the model for it and implement it.”

This was a turning point in Robinson’s life. Mark reflects, “I’ve always been religious, but I hadn’t always been living like a Christian. It took some years of dealing with the consequences of poor choices before I was able to embrace what God had already put in me. I was raised and trained with a Christian background, but my own choices steered me away from that. When I became older, I came to my senses.”

A program for fathers
After some twists and turns, Robinson ended up in Toledo, where his wife lived (they had been living states apart for the first few months of their marriage). Eventually he started his fatherhood initiative: R.E.S.T.O.R.E. Robinson explains, “I realized that all of the local agencies provided for children and families, but not fathers. How can you leave fathers out? They are supposed to
be the heads of the family.”

Robinson frequents correctional institutions and churches to “teach men about God and His original design for them as fathers.” He has many success stories, like Robinson’s recent triumph: helping an unemployed man with no home find a job, navigate the judicial system, pay child support, and consequently reunite with his daughter, whom he had not seen for two years.

Robinson was recently recognized for all of his hard work when he was nominated to receive a Fatherhood Hero’s Award from President Obama’s Fatherhood and Mentoring Initiative.

Hero: my mother; she instilled in me everything that’s good
Law of Life: “Work hard at whatever you do…strive for excellence in everything you do.” 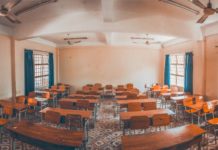 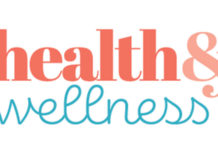