Like many young and talented sports players, Dr. Romules Durant once dreamed of becoming a professional athlete. Despite being named an all-state linebacker his senior year at Toledo’s Waite High School, Durant “figured out very quickly that [football] wasn’t something that was stable.”

When Durant was applying to college in the mid 90’s, schools were beginning to implement Title 9. When schools balanced out their athletic scholarships between males and females, Durant joked he went from “stud to dud,” failing to secure an athletic scholarship.  He enrolled at the University of Toledo and earned a spot on the football team as a walk on.

Yet Durant did not allow the lack of athletic scholarships to obstruct his life goals. Durant explains, “I went to the department of financial aid (at the University) to look for scholarships….Not one out of 80 scholarships (directly) applied to me, so I applied to all 80. The woman there was upset that I applied for all of them. She said, ‘Single mother scholarship? You’re not even a woman!’”

“I told her, I’d rather you tell me ‘no’ than me tell me ‘no.’ Three months later, I received three scholarships and got the single mother scholarship. I understand how federal money works: you use it or lose it,” Durant said.

When Durant received the single mother scholarship, even though he wasn’t a woman and didn’t have children, he wondered, “How many people aren’t applying for scholarships that are eligible for them? How many people just don’t want to do it? People think, ‘My vote doesn’t count. I’m never gonna win.’” 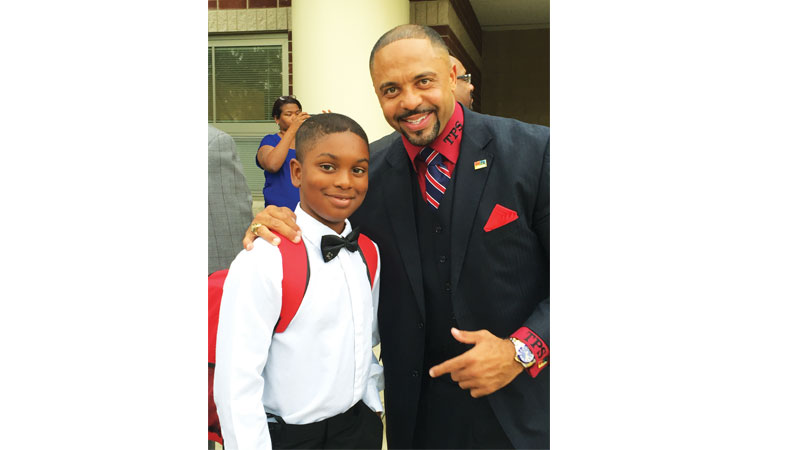 Durant’s determination and drive carried him throughout his educational career. By 20, he knew he wanted to be a school district superintendent and planned accordingly. He earned his bachelor’s of education in 1998, master’s of education in 2002, and doctorate degree in educational administration and supervision in 2007. Not surprisingly, he received academic scholarships for all of his studies.

Durant’s doctoral dissertation, The Collective Factor of Social Oppression and Urban Poverty on the Achievement of Black Students, continues to shape his educational views today.   “Schools are no more than an aspect of the larger social picture. If I moved kids from Ottawa Hills to TPS, would the school change? We have created our own boundaries that create poverty and challenges. We have 3,000 kids in TPS who are (living in situations that are defined as) homeless and 360 foster kids, and those numbers keep increasing,” Durant said.

“No matter what the child is dealt with their family situation, we start them on the right educational foot,” Durant continues, “but 80 percent of our kids are not ‘kindergarten ready’. We are the only industrialized country that does not provide free preschool education. Is it intentional? Studies show the achievement gap starts at just 6 months of age, and a preschool education has a direct impact on high school graduation.”

For those who follow Durant on social media (@romules_ on Twitter), he is invariably positive and upbeat, and his outlook on education is no different. “I think mostly we are starting to do a lot better. We’re starting to have a conversation about universal pre-K, for example.”

“But schools cannot be the panacea. Bullying starts at home, and the kids bring it into school. You can’t address opiates just in the schools because it’s happening elsewhere. As a community, we’re starting to discuss these social issues,” Durant added. 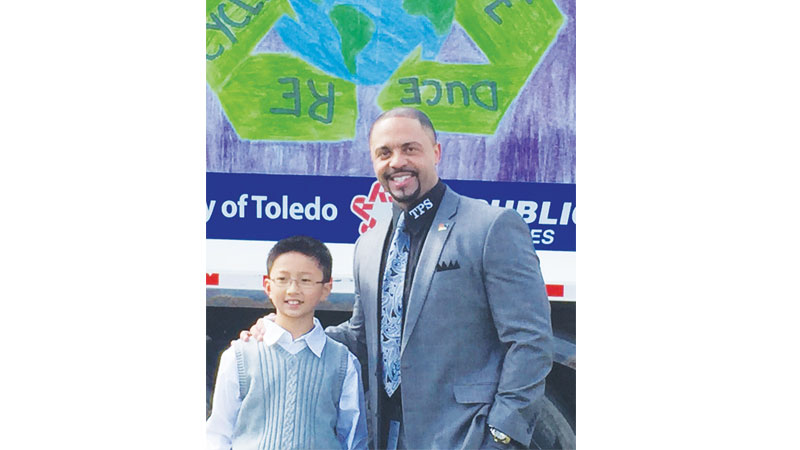 What’s your favorite activity to do with your spare time?
I workout quite a bit, 4-5 days/week for an intense 3 hours. The gym helps balance me out.

Best holiday memory you have from when you were a kid?
During Christmas season, we (the University of Toledo football team) won the Las Vegas Bowl in the last second of the game. That really made the Christmas season.

Describe your life in five words or less.
Servant leader with goals and convictions.

What is your favorite Toledo hangout?
The gym.

Describe Toledo in a sentence?
One of the up-and-coming best-kept secrets.