Halloween is a pretty big deal at my house. The kids start planning their (multiple) costume changes in mid-September. We decorate the house on October 1st – inside and outside. And on Halloween we have a big party complete with homemade chili, pumpkin cheesecake and, of course, trick-or-treating.

Ah, trick-or-treating. The best part of any Halloween celebration – at least when there’s incredible amounts of chocolate involved. Somehow in my house, certain chocolate candy bars suspiciously disappear. What they don’t know won’t hurt them, right?

Up until last year trick-or-treat was easy. It was a no-brainer. I went to our local big box bulk food store and bought three or four giant bags of candy and that was that. The kids came home with overflowing plastic pumpkins and we dumped it all in a big bowl and they ate what they wanted. By the middle of November only the “undesirable” candy was left in the bowl…a few random suckers and maybe one or two of those orange Tootsie Rolls.

And then, last year, food allergies came knocking at our door and everything was turned upside down. My oldest daughter was diagnosed with allergies to peanuts, tree nuts, and sesame. Just like that, something as simple as trick-or-treating became a potential threat to her health and well-being.

I made a very conscious effort last year to make sure that Halloween wasn’t a day of drama and tears for my daughter. She knows what she can and can’t eat – any candy with peanuts or tree nuts – but it was still difficult for her. She also can’t eat candy that was processed in a plant that processes peanuts or tree nuts. This basically means all chocolate candy is off limits even if it doesn’t include peanuts. And, surprisingly many brands of candy corn are off limits as well.

You can imagine how this might put a damper on trick-or-treating.

And as I feared, the tears still flowed on Halloween night. I had to tell my daughter “no” over and over again. No, you can’t have plain M&Ms, or Kit Kats, or Three Musketeers. No you can’t have plain chocolate bars. They all pose a risk that we aren’t willing to take.

I had to essentially confiscate her entire bag of goodies from trick-or-treating. I took her sister’s bag of candy too and then I created two bowls. One bowl was peanut-free – all the Starburst, suckers, and nut-free candy went there. I told my daughter this was her bowl and no one else could touch it. The rest of the “off limits” candy went into another bowl.

But what I can do is make sure she doesn’t feel as if she’s being singled out because of her food allergies. In fact, I can make sure that any child who rings my doorbell at Halloween this year is able to enjoy their treats. This year I’m going to have two bowls of candy for trick-or-treaters at my house – one will be completely nut-free for those kids who have those specific food allergies. It’s a small step, but as a food allergy mom I think it’s a necessary step.

Kids with food allergies aren’t different, they’re special. As parents it’s our job to let them know how special they are. And this year, at my house, food allergies won’t be scaring anyone at Halloween. 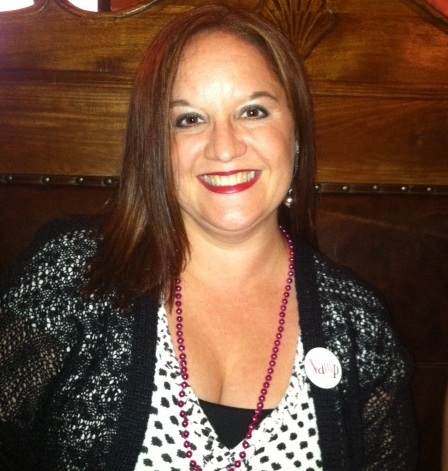 Traci was born and raised in Toledo, and now lives in Sylvania with her husband and two daughters. She's been blogging at The View from my Fishbowl since September 2005 – writing about life as she sees it from her "fishbowl." Get in touch with Traci via her social media links