Most parents know that LOL means Laughing Out Loud. You may even know that 420 refers to marijuana. But you may not know that 53X means sex. That worries Brian Bason, CEO at Bark, a new monitoring app. Their website includes a list of popular texting slang terms. For $9.99 a month, they promise to alert parents when kids text something risky.

Slang is nothing new. Parents have been scrambling to keep up with it for generations. Using freshly minted words that adults won’t understand appeals to kids for two reasons. First, it helps kids establish and reinforce a social identity. Slang establishes an “in” group, that understands, and an “out” group, that seems hopelessly out of touch. Second, slang allows kids to fly under adult radar, talking about things that might be forbidden if adults understood the actual meaning.

Messaging has added a new dimension to all of this. Acronyms and emojis make it possible to cram a lot of information into a small space. Messages have become more and more cryptic and harder for parents to decipher.

Much of the new slang being used is harmless and even creative. Some of the better acronyms enter the language. Pretty much everyone knows about FOMO (Fear of Missing Out), IRL (In Real Life) and BRB (Be Right Back).

Still, parents need to be alert because kids can get into trouble with texting.

Sex. Most teens seem to have gotten the message that sending nude photos isn’t a good idea. That doesn’t mean teens aren’t texting about 53X. Even emojis may have a double meaning – an eggplant can stand in for male genitals; a peach may refer to someone’s backside. It’s perfectly natural for young people to take an interest in sex, but parents need to watch for behavior that is too adult-like, and for partners who may be predatory.

Drugs and alcohol. Slang has always been part of drug and alcohol culture since using coded language is a way to evade legal authorities as well as parents. Keeping up with the current terminology isn’t easy, especially since it often varies from place to place. Talk to other parents and even school counselors who often know the latest lingo. And remember that drug terms sometimes have more than one meaning. Dabbing, for example, is both a dance craze and a way to use cannabis. Lit can mean getting high or simply having a good time.

Hate. Texting and social media are often used to bully and abuse other people because of their gender, race, ethnic origin or disabilities. Be clear with your child. A slur is a slur, and you won’t tolerate abusive language in any setting.

Bad Language. If you don’t want your child to say the F word, you will probably want to discourage the use of acronyms like WTF or AF.

The best way to know what an acronym means is to ask the child who used it. Another way to educate yourself is to visit databases that try to keep up with slang as it’s created.

Trying to keep up with adolescent slang is difficult. As soon as new term is widely understood by adults, it loses its value for kids. That’s why parents have to reinforce the idea that kids shouldn’t say anything online they would say in real life. 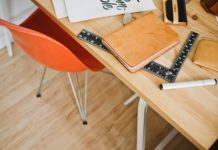 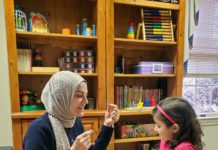 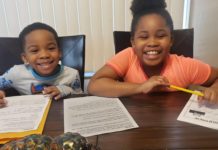