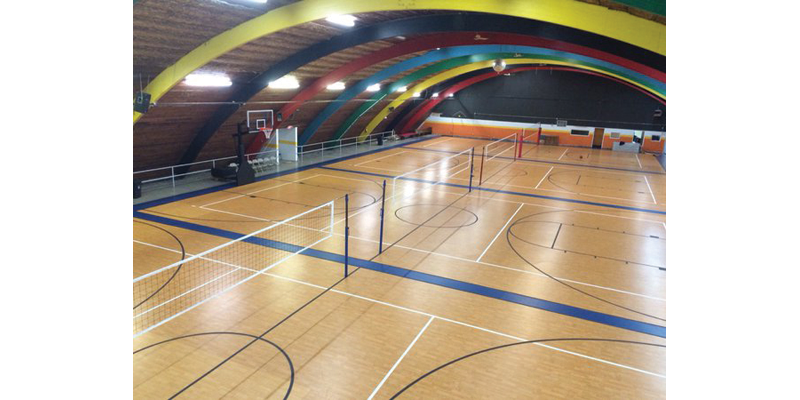 If you grew up in the Toledo-area, you most likely have memories of skating at the Fun Spot in Oregon. The family-owned roller skating rink began offering open skating and dancing in 1960. After 50 years, the Fun Spot was sold to the International Boxing Club (IBC) in 2012. In 2015, the Toledo Sport and Social Club (TSSC) purchased the building from the IBC, securing a location for the business model that has offered a variety of co-ed recreational activities for adults for the last six years.

Renamed the Skyway Recreation Center, since January 2016, Jesse Spier, owner and founder of the TSSC, began doing interior repairs to the 50+ year old building. Now, the Center is open to the public through reservation, or to TSSC club members for league games. While there isn’t roller skating anyone, the Center has four multipurpose courts for birthday parties or indoor training for kids. Court rentals are $35 per hour, giving kids plenty of time to run, jump, stretch and play.

“We’ve had some pretty nice success so far with birthday parties, where families take advantage of the space and come out and play,” said Spier, who believes that exercise and play is important for all ages. “It’s more fun than just watching TV. Here, you’re exercising, interacting with other people and learning how to be a good sport.