In honor of our anniversary, we put our Google to work and tracked down some of those adorable babies and terrific toddlers to see what they’re doing today. And just as you’d expect for TAP readers, they’re doing great! 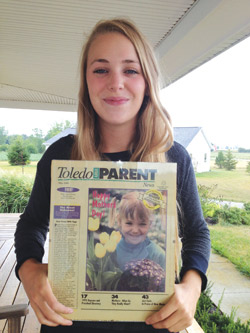 Five-year-old Katie graced our cover in May of 1995. “My friend, Mary Pencheff, was looking for a beautiful spot for a photo so we went to Whiteford Greenhouse,” said Katie’s mom Sharon Midgely. “When I asked [Katie about it], she just said ‘I always thought I was famous because Mary Pencheff used me as her model.’” Katie is 22 now, and was recently named the new children’s librarian at Toledo Public Library’s Sylvania branch. 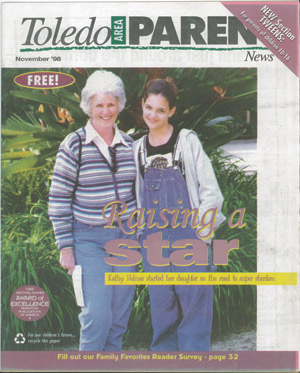 The rising star was then just an overalls-clad teenager — pre-Tom and Suri — on the cusp of a Hollywood career. Mom Kathy was featured in the issue’s cover story discussing Katie’s role on the television series that put her on the map, Dawson’s Creek, and the trappings of growing fame. Katie’s since become a parent herself, to one of the world’s most famous children. 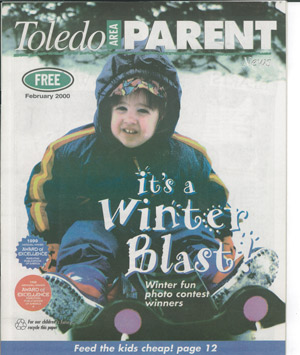 12 years later Conner still loves the outdoors, but the context has changed! The avid wakeboarder prefers the sea over snow these days. Mom Jennifer submitted many photos when Conner was a kid, but she didn’t know he’d made the cover until she saw the issue on stands. “I think I have over 100 copies,” Jennifer said. “When he gets married someday, I’m going to put them on the tables, like a keepsake.” Conner, 18, is now studying at Owens Community College to become a special education teacher, and recently won the Presidential Volunteerism Award. 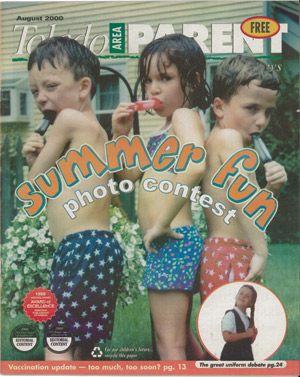 Around the TAP offices we refer to these three popsicle-wielding tykes as the “summer fun kids.” After some intense Facebook searching we tracked mom Terri Zmuda down. “I submitted photos to Toledo Area Parent all the time when they were little — that was one of my lucky ones that landed on the cover,” Terri says. “It was a special moment, because it’s a big deal to be on the cover.” Twins Eric, 17, and Matthew, 17, are both baseball players at St. Francis DeSales High School and currently on the college hunt. Cousin Erin, 19, is a college student at the University of Kentucky.  “When the kids were little
like that, we did not miss picking issues of Toledo Area Parent News up and reading them,” Terri said. “We’ve sort of watched it evolve over the years.”

The sisters’ image almost didn’t make it on the cover, according to mom Erica McCloud. “I was an avid reader of Toledo Area Parent magazine, and I saw an ad about the [sibling photo] contest, so I decided to submit [a picture],”  McCloud said. “The office was closed and I slid it under the door on the very last day.” India, 15, and Ivy, 11, are now students at Emmanuel Baptist school. “I just really liked the newspaper because there were a lot of informational things in there for young moms.” 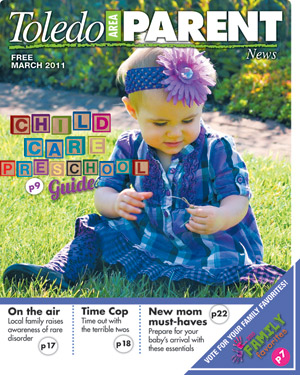 The last time we saw cover kid Jocelyn Hill, she was an 11 month old fascinated by nature (and blades of grass). She’s just shy of 3 years old now, and definitely more able to explore the outdoors! “She is very proud of her garden and all of the vegetables that she’s picked. Even though she is not a fan of tomatoes, she loves to show them off,” mom Emily Creamer-Hill said. “Everyone was excited to see Jocelyn [on the cover]. I mailed copies to my family in Florida. Even people who didn’t know she was on the cover were asking if that was her!”