Celebrating two years in operation last September, Elizabeth’s House is, as founder Beth Collins describes, a gathering place for women who want to rethink, renew, and reinvent their lives.  “Many times women feel there is something missing in their lives and it’s always the same thing – they’re missing a connection to themselves,” says Collins.
Elizabeth’s House is a place where women searching for this connection can find it through personal coaching, retreats, workshops, yoga, spiritual direction, and guided meditation.  But there is also “You Time,” available every Tuesday and Thursday between 10 a.m. and 2 p.m., and Thursday evenings from 6:30 p.m. to 8:30 p.m. for doing whatever they need to do to unwind from the day, the week, the year, or their life.  Feel like being alone?  Take a nap, read a book, or meditate in the garden.  Want to be with others?  Join friends cooking in the kitchen, crafting by the fireplace, or conversing over tea.
“The key to being in (this) kind of community of women is to create a space of non-judgment,” says Collins.  There’s a “title basket” at the front door where women leave their titles and roles of daily life and enter a space of freedom.  “It is wonderful to watch women leave titles like mother, daughter, wife, sister, caretaker, or crazy lady in the basket,” Collins says.  “They leave their name badges from work and come in to a space where no one asks ‘what do you do?’”
Collins was inspired to open this home of feminine R&R after a serious accident forced her to resign her professional position – she previously worked in non-profit program development and management where she created ways to help low-income women overcome barriers to self-sufficiency.  To fully recover, Collins had to examine and reevaluate her own life and perspective.  “I began asking myself important questions and more importantly, listened for the answers.”  She started coaching and mentoring individuals on the phone, in her home and over coffee, but the women that she worked with consistently asked for one thing: a gathering place to support each other on their individual self-discovery paths.  And so Elizabeth’s House was built.
Now, with her team of supportive females, including massage therapist, yoga instructor and energy worker Cheryl Roman; author, speaker and trainer CeCe Norwood; spiritual director and retreat facilitator Sr. Joanne Mary Frania; and accredited journey practitioner Karen Kiemnec, Collins has created this sanctuary and nurtured the women of Toledo.
“This program has been such a big part of my life since the doors were opened,” says member Louise Kahle.  “Anyone struggling with something in their life would benefit from Elizabeth’s House (because) there is nothing like talking to a group of women who are open and honest about their own struggles to gain perspective on your own.”
It’s stories like this that have spurred Collins and her team to grow their programs, classes, and membership even more.  “I’ve watched blocked artists begin to create again, writers finish their books, and professionals leave the careers their parents dreamt for them…I’ve listened as women shared how they ran away from home, or felt like it, and gained support for creating boundaries that helped them return…(and) the best part is I get to watch women reinvent themselves every day…it’s really beautiful.”

Elizabeth’s House is located at 3837 Secor Road on the Notre Dame Provincial campus.  For more information about membership or programs, stop by during You Time or contact Beth Collins at elizabethshouse@bex.net or 419-356-5544. 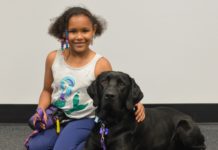 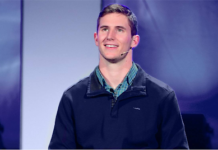 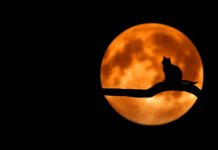 A Nightmare on My Street: Teenage Trick-or-Treaters