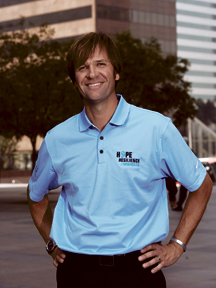 The grief of losing a child can be debilitating and bleak. For Nick and Jenn Hall, it was a call to action.

In 2009, the Halls’ twins Reece and Graham were born prematurely. They lost Graham when he was only 45 days old; Reece was released after four months in the neonatal intensive care unit. The Halls, who live in Perrysburg, started Graham’s Foundation (named after their son) soon after. They wanted to use their personal experience to help other parents of extremely premature babies, those born before 29 weeks or weighing less than three pounds, practically and emotionally.

Their cause is one that touches many American families. In the United States, more than half a million babies are born prematurely each year. Premature babies — those born three weeks or more before the due date — have multiple health problems and require longer hospital stays. Parents of preemies are typically unprepared for the challenges that lay ahead, the Halls said.

“The biggest impact is psychological,” said Nick, co-founder of Graham’s Foundation. “You are unable to bond with your baby. You go home from the hospital at night, but your baby stays.”
One practical measure of support are the care packages for parents that the foundation sends to NICUs across the United States and Canada. In their first year, they sent 300 packages. Last year, they sent 10,000 packages. Delivery of packages is coordinated through a volunteer ambassador who has established a relationship with a specific NICU. Currently, there are volunteer ambassadors in cities as far away as Chicago, San Francisco and New York.

Volunteers also assemble the care packages, which include snacks, journals and inspirational books, preemie clothes, hand sanitizer and single-use cameras. Donations for the packages come from business sponsors, both local and national, and individuals donating on the foundation‘s website, www.grahamsfoundation.org.

Emotional support can be found on the foundation’s Facebook page, which has 4,400 members. The website includes a blog and links to other blogs by parents of preemies, books on premature birth and caring for preemies, and medical equipment websites. In 2012, they held the first Parents of Preemies Day, an annual event on the second Sunday of March, to recognize parents of preemies and the professionals and organizations that support them.

Graham’s Foundation is developing new ways to support parents of preemies. In the future, Hall hopes to send ‘transition home care packages,’ because bringing a preemie home is both gratifying and overwhelming. Parents have to create a new normal in a nursery that now looks like a mini-NICU. He would also like to start a more formal peer-to-peer mentoring program for parents to learn from the experience of other parents of preemies.

“I’m proud of the partnerships that we’ve formed, but the real measure of success is how many parents we have helped and encouraged. It’s all about having an impact,” said Hall, who is also sales director at PricewaterhouseCoopers Advisory Services. “I was able to leverage all of my skills and professional relationships and channel them into an area that is personal. We can all surprise ourselves in what we can accomplish.”

The Fourth Annual Golfing for Graham’s Foundation is Sunday, Aug. 5, at Stone Ridge Gold Club. Check-in is at noon, and the event starts at 1:30 PM. $100 per person or $350 for a foursome. Purchase tickets online at www.grahamsfoundation.org.