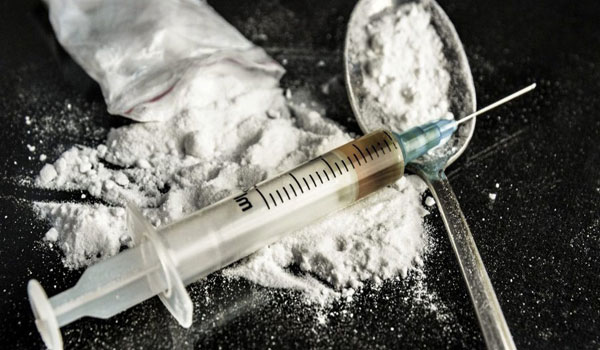 Heroin and opiate addiction is an epidemic in northwest Ohio. Fatal drug overdoses are the leading cause of death in our state while kids experiment with drugs at younger ages. The trend crosses all socioeconomic strata. How can parents provide the tools kids need to stay away from drugs, to stop this epidemic in its tracks? Toledo Parent talked with Bill Geha , OCSPSII, ICPS (Sylvania School District), CCDCA, who provided ideas on how we can all come together to protect our kids.

Geha has learned from experience that kids turn to drugs and self-destructive behaviors when they have no one to talk to, or feel like nobody cares. “A lot of kids self-medicate, because it works. I have kids who struggle, good kids from solid families who don’t know how to handle certain things and are afraid to tell their parents, so they self-medicate, or they start cutting, or they attempt suicide,” Bill Geha says.

“When I work with kids, I sense they sometimes are just saying the right stuff. I slide a mask over to them, and say ‘When you’re ready, put this on, and tell me the truth. If people really knew you, what would you want them to know?’ Sometimes for the first time, they will tell what they are going through. The key is being aware. We need to teach our kids, How do you get out of bad situations? What are your options? What is your purpose? Who are you? What do you love to do?”

Geha became a certified drug counselor in 1989. As an educator for several decades, he felt increasingly helpless with the pervasiveness of the drug problem. Geha, now co-director of America’s Pride Drug Prevention Team of Toledo, runs the organization that has been nationally recognized three times. Travelling throughout the United States and Canada teaching drug prevention and awareness, Geha also founded the nationally recognized PEACE Project (Protecting Every Abused Child Everywhere), a student-led mentoring program in support of kids who are victims of bullying or have difficulty fitting in. “This is the best prevention tool because it gives kids a sense of purpose. I have kids in recovery that I ask to be a part of the project. I tell them, to work with me, you have to be drug free,” Geha says.

Marijuana and
perception of harm

Geha warns that the danger of marijuana use is often downplayed, especially as its legalization continues to gain momentum. “There’s a perception that marijuana use is okay. In suburbia parents say ‘It’s no big deal. I did it when I was their age.’ Marijuana use is bigger than people think; a lot of kids are experimenting. Kids feel invincible. Marijuana users may want to try something else. They turn to pills (opiates). Then they want to try heroin.”

More than ever before, parents must be aware what their children are doing and who they are spending time with and have access to. “Drug dealers are constantly moving so they don’t get caught. I’m currently working with three local suburban girls who got involved in human trafficking for drugs (heroin and cocaine). They were targeted by a guy who was soliciting on Facebook,” Geha reveals.

Once is all it takes

The strongest risk factor for heroin addiction is the abuse of prescription opiate or opioid medications, often obtained from unknowing friends or relatives. Once using prescription pills, users often progress to heroin, which is cheaper and more readily available. It often takes just one use for heroin to establish its unrelenting grip.

One of Geha’s teaching tools is a stark reality check. “I take kids on a tour of the Lucas County jail, I have them smell the fresh air outside. Inside the jail, the air is different. I tell them, in 1.5 hours, you can leave; the inmates can’t. Then I take them through the mental health unit where the inmates detox, and have them speak to inmates… Once an inmate told them, I was a heroin dealer. If you died using, I wouldn’t care. I’d find someone else to sell to. When we leave the jail, I take them to the cemetery.” Geha says the experience is an eye-opener.

The PEACE Project’s
recipe for success

What began as a group of 14 students from Northview and Southview high schools in 2007 has grown to an impressive 1,000 members from high schools across Northern Ohio. Cornerstone values of the group include team building, respect for others, and development of self-esteem. Members of the group write letters to a kid who may be struggling with bullying, illness, or disability, in a united effort to build them up. And it’s working. The group’s motto: “You’re not alone. There are people who care. Please ask.”
Geha shares, “Through my work with troubled students, I witnessed the devastating effects that bullying can have on a child’s life. One of the most rewarding experiences of running the PEACE Project is being able to witness firsthand the transformation that takes place in the participants. When the students arrive they are generally very shy, keeping to themselves. By the end of the day the students take on a new attitude. Through ongoing mentoring, students’ attitudes toward school change drastically.” 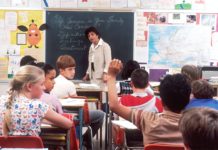 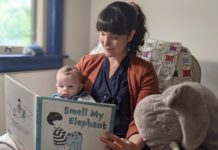 Fall is Approaching, and We’re Back in School Again (IRL this time)