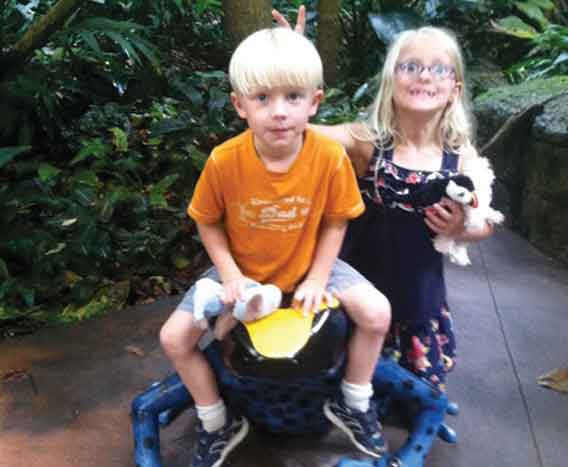 Robert Burns may have known the failure of planning a family trip when he wrote these words: “The best laid plans of mice and men/often go awry.” If he didn’t, I can certainly share some insight.

This summer we planned a trip to New Hampshire to visit family. With that in mind I decided it would be a great idea to make the trip a real family “experience.” So I plotted the route to drive through Canada, visit  Montreal for a few days, then head on to New Hampshire followed by a leisurely trip back through New York, with some possible stops at sites along the way. While  that sounded good in the planning stage, the execution of the plan was another thing.

I made arrangements in April for a place to stay in Montreal through an online service. Our visit was planned for August so I thought I had a good jump on accommodations. Over time I made arrangements in Toronto and other stops along the way. In fact I was pretty proud of the itinerary I pieced together for an adventure-filled vacation.

The first glitch came when I received a message from Montreal – one week before the trip began – that the apartment was no longer available because of an unfortunate problem with a recent tenant.  The apartment’s owner, though, was intent on keeping the deposit we had forwarded to her, and offered us the wonderful opportunity to stay on her boat, docked on the St. Lawrence Seaway. I was suspect, but my family agreed to this change in accommodations.

The day before the trip came and I readied all of our documents; we had acquired passports for the kids earlier in the year. As I reviewed each one, there was an obvious problem with one. Oh no, my wife’s passport had expired! And not by a couple days, either – it had expired almost a year before. How could this happen?

My wife spent the next day – the day we were to leave – in Detroit getting a new passport. Once she was back we were able to leave, but about 12 hours after our intended departure time. That meant finding a hotel along the way in Windsor, which was not as nice as the one I had planned for in Toronto.

The next day was long with several “When are we going to be there?” calls from behind my seat. But one movie and several books on tape later we arrived at the boat. It was docked an hour from the city (our original apartment was supposedly “steps from the city”), was somewhat cramped on space, had a smell that came from the bathroom on board and spouted a few leaks when a rainstorm came through on our second night. Luckily all the kids could think about was that they were sleeping on a boat – “Cool, Dad!”

The remainder of the trip was filled with too much time in the car, visits to sites the kids thought were “boring” – including one to Niagara Falls that pushed my patience to the limit – and a few wonderful memories that will cause even the worst part of the trip to be forgotten. After the trip I swore I would never plan such a boondoggle again, but as time has faded my memory – pictures of the kids having fun at several stops help that – I am already sitting down to think about next year’s trip.

“Hey kids, how about a trip out west to see the Grand Canyon?”