Flu season’s over, but kids can still catch some pretty nasty bugs. Although quite common, I hadn’t heard of Hand Foot and Mouth (HFM) until my son came down with it last summer.

Most often seen in children between the ages of 1 and 5, HFM, an enterovirus, is highly contagious. Painful sores sprout up in and around the mouth, on the hands, as well as on the feet, lasting 7-10 days. In the throes of an adventurous summer, this virus was a doozy, and I counted down the days as it painstakingly ran its course. Pediatrician Dr. Robert W. Mills (left) of Pediatricare Associates details the symptoms of HFM and offers some suggestions for making little ones a little more comfortable.

Symptom Onset is Fast and Furious

A sudden fever and sore throat are the typical symptoms appearing first with HFM.

“Over the next few days…the classic square shaped blisters appear in the mouth, on the hands, and feet,” Dr. Mills advises, adding that blisters sometimes appear on the knees, legs and buttocks.

With my son, the fever came on fast and strong; he had a severe sore throat the next morning. Although no blisters formed on his body, many popped up inside his mouth, including his tongue, and on the back of his throat, then turned into sores, making eating and drinking intolerable. His pain was intense and constant, and he had difficulty sleeping.

Home Remedies to Ease the Pain

Controlling the fever and pain with Tylenol and Motrin and maintaining good hydration are crucial in the management of HFM. Blisters on the hands and feet should be kept clean and uncovered; antibiotic ointment and a bandage can be applied if a blister pops.

Dr. Mills suggests clear fluids (fruit juice can burn the sores), ice cream, popsicles, and bland foods such as mashed potatoes, avocados, and bananas, and explains “We may also recommend a ‘magic mouthwash’ which is… a 50/50 mix of liquid Maalox and Benadryl that can be swabbed on lesions every 6 hours. Some doctors add a viscous lidocaine (a numbing agent), but I do not recommend this as kids then tend to injure their numbed mucous membranes. The primary risk (with HFM) is dehydration since younger kids tend to refuse all fluid and foods”.

Unfortunately, since HFM is a virus, there’s not much to do except let it run its course. Hydration proved to be a challenge with my son, and I resorted to using a small syringe (1/6 an ounce) to give him fluids as often as he could stand. Even swallowing such small amounts of liquid was agonizing for him, and the result would be both of us in tears.

A few days in, after another sleepless night for us both, we ended up in the ER, as I could no longer endure forcing fluids on him, and he was becoming dehydrated. Though I had offered popsicles at home, he had consistently refused them. Miraculously, he ate three popsicles at the hospital, and we were discharged. To my immense relief, he continued to eat popsicles, ice cream, and later yogurt at home, but it took a full ten days for him to recover (two trips to the pediatrician’s office, one trip to urgent care, and one trip to the ER later).

The virus is most contagious in its first week, spread through saliva, blister and nasal secretions, airborne particles from sneezing and coughing, and stool. “A child can be better clinically, but continue to shed the virus in their stool for several additional weeks, making good hand-washing important,” Dr. Millsemphasizes. Avoiding the secretions of an infected child and cleaning toys and surfaces are also important, as the virus can live on such places for several days. Thankfully, most children develop immunity after one HFM infection and don’t get it again.

Signs of Dehydration: When to Call the Doctor 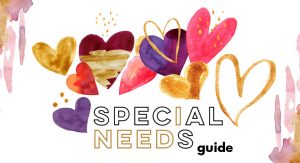 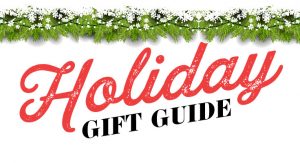 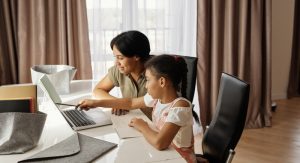