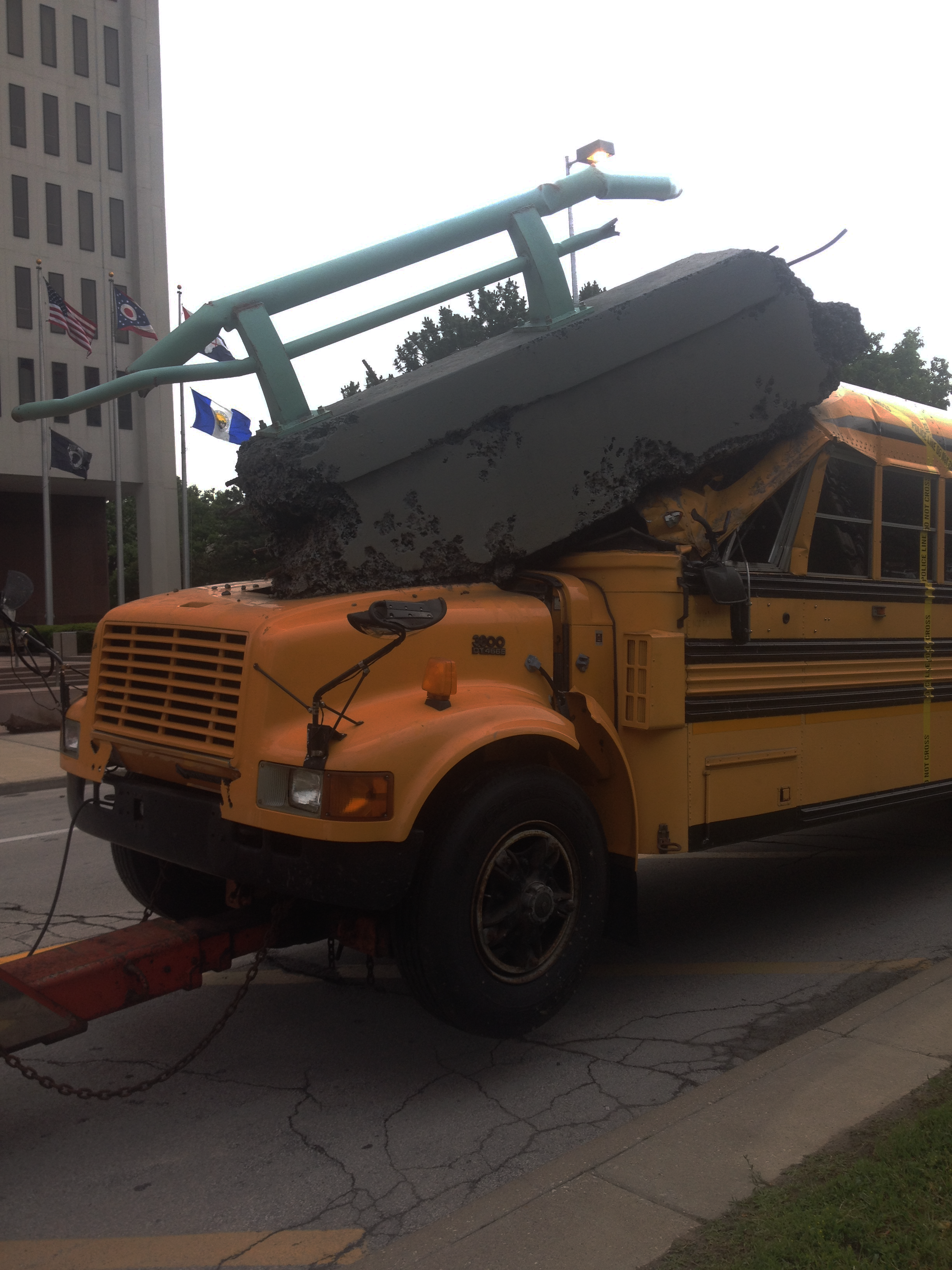 A smashed school bus was displayed in front of One Government Center on Tuesday by a union that is seeking to raise awareness about the country’s poor infrastructure.

The Laborers’ International Union of North America is on a multi-state tour calling for Congress to pass a long-term, full-investment highway bill. The union represents public service employees across the country.

LiUNA! made its presence known by parking a school bus, crushed by a piece of fallen bridge, in front of Toledo’s government headquarters.

The bus, not actually damaged by falling debris but symbolic of the potential dangers, featured signs saying, “You’re about to get schooled on our failing infrastructure,” and, “Think this can’t happen in your town? Well think again.” Community members were encouraged to share what they saw on social media and to visit fixourbridges.com. 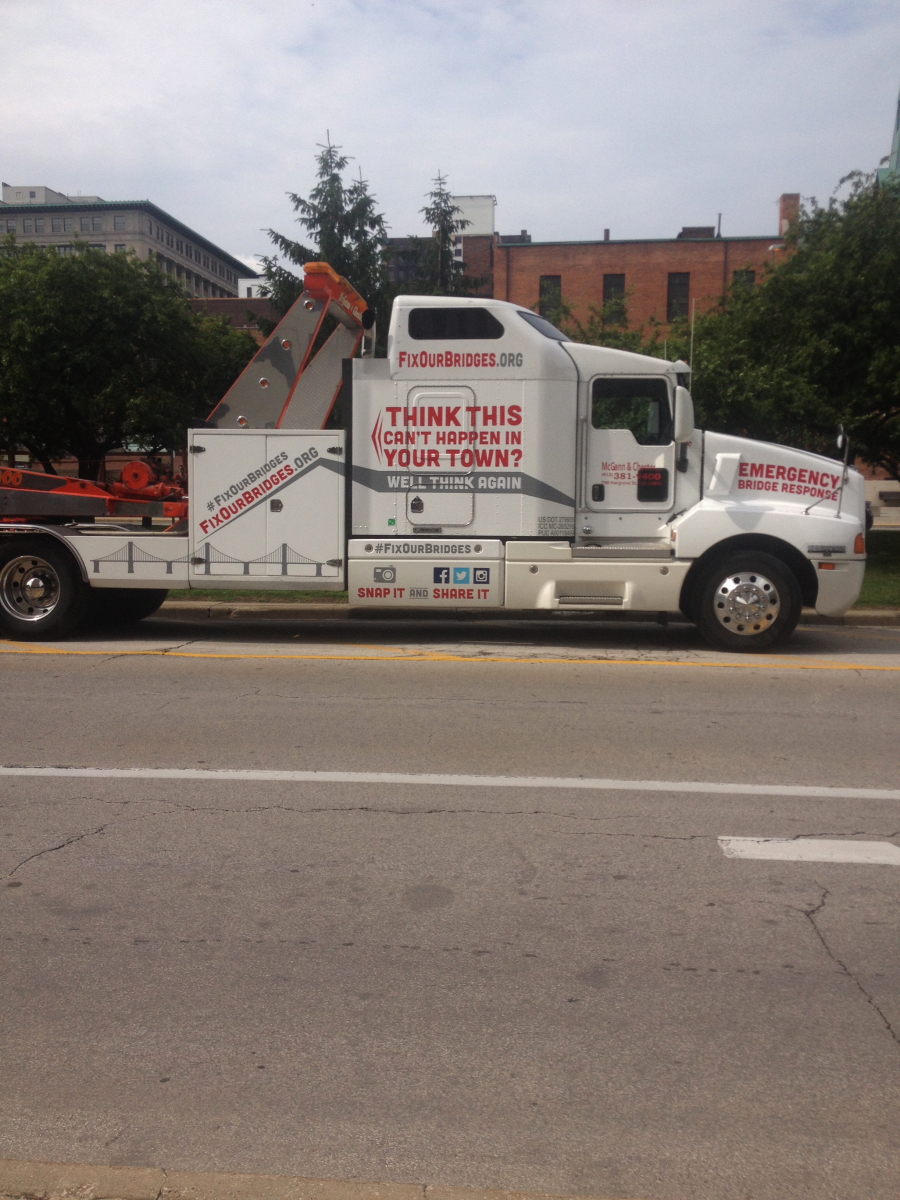 “One in four bridges in the U.S. is deficient or obsolete,” Greer said. “Of all traffic fatalities, poor road surfaces like potholes contribute to a third of them. So it’s time for Congress to act or push them in the path to pass a full-investment highway bill this year.”

He said Ohio is specifically affected by the deteriorating infrastructure.

“Potholes themselves cost the average motorist in Ohio $413 a year in repair costs,” he said. “Almost 400 traffic fatalities in the state are due in part to poor road services, so it is as much a problem in Ohio as it is in the rest of the country.”

Greer said he hopes to raise awareness and put pressure on Congress by engaging with those who see the crushed bus. Many tell him they relate and say they go over potholes every day, or remember events when infrastructure has failed, he said.

“It is a dramatic symbol, so people stop, pull over, take photos and if you engage them in a conversation they resonate,” he said ”People still remember the bridge collapse in Minneapolis [in August, 2007] that killed 17 people. So it resonates with people.”

He said the bus is symbol of what could happen if nothing is done to improve the country’s infrastructure.

“Luckily this didn’t really happen and we don’t want it to happen,” Greer said. “It’s a symbol of what could happen if we don’t wake up and take care of the backbone of our country—roads and bridges.” 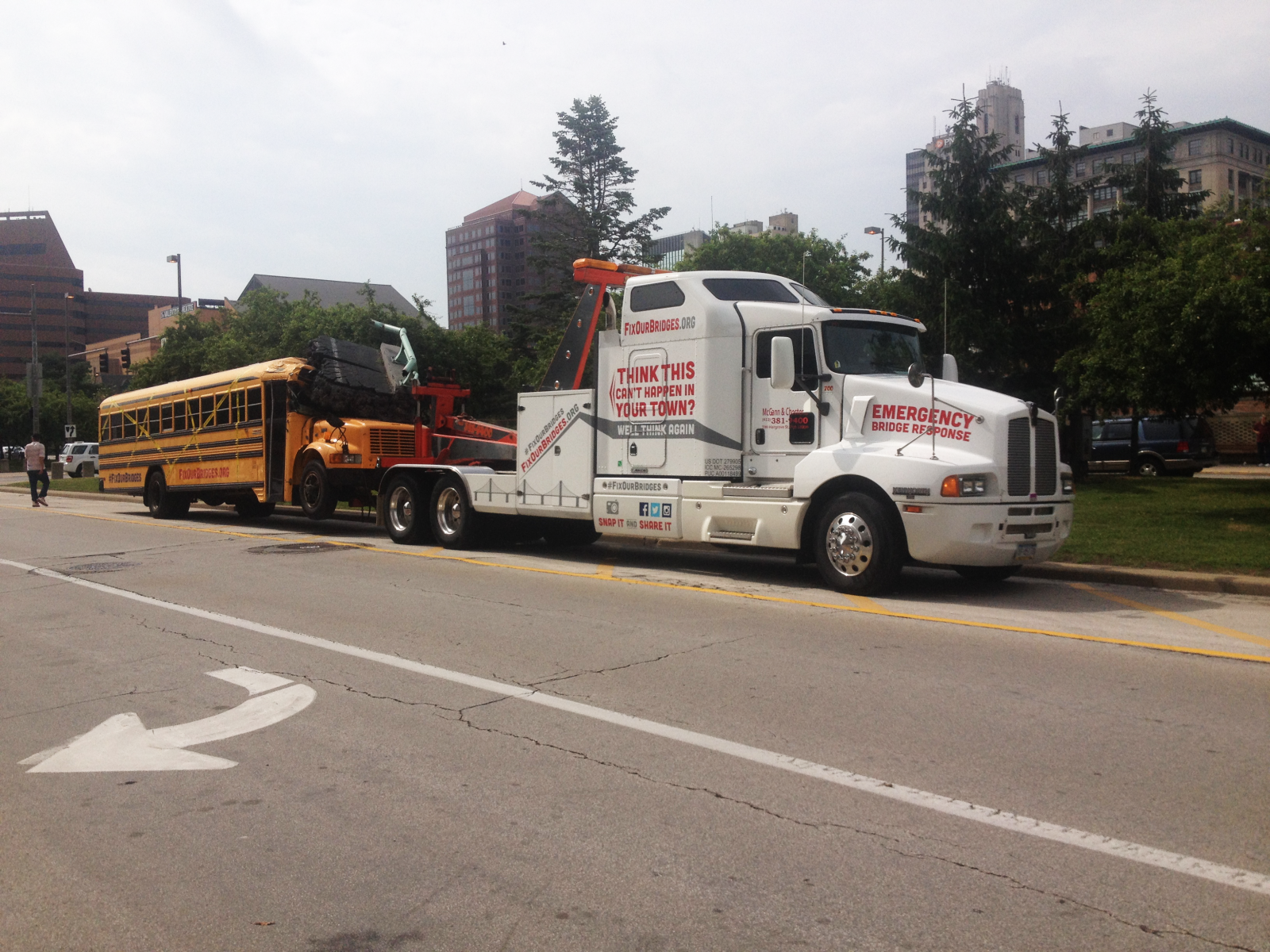 The six-week tour started in Delaware and has traveled through Pennsylvania and Ohio, heading for Michigan, Wisconsin, Indiana, Kentucky, Missouri, Virginia and Maryland before ending in Washington, D.C.

“I’m sure your city government has a long list of things they’d like to have repaired and they know if there is no highway built, no federal resources coming through the state, they won’t be able to do it.” 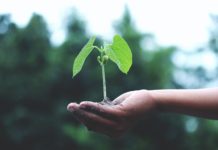 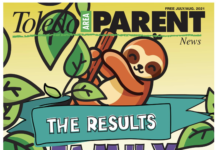 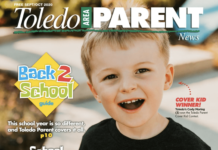