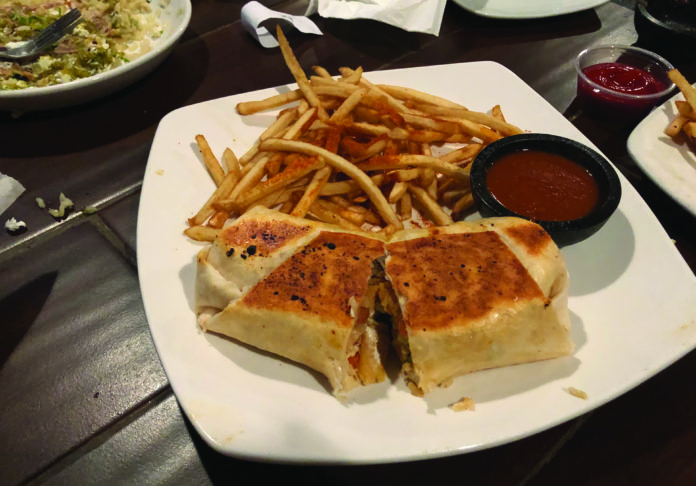 It’s not the norm for us to venture out on a weeknight for a family dinner, but when mom can avoid cooking for a night, we make exceptions.

On a Monday evening, my family—  my husband and four children ages ten and under—  headed to Te’kēla in Perrysburg for dinner. We had never been there before, and from what we had heard, we were definitely missing out. We arrived around 5:30pm and were surprised to find the parking lot completely full so early in the dinner hour. 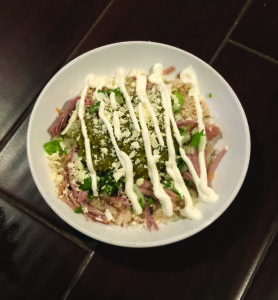 As it turns out, we were arriving at the end of the restaurant’s popular happy hour., with all alcoholic beverages and appetizers half off daily from 3-5:30pm, and from the size of the crowd, it’s definitely a deal worth checking out.

Te’kēla Perrysburg is a large restaurant, situated on North Dixie Hwy. near Levis Commons. (There’s a second location on Main Street in Sylvania). There’s plenty of seating in the bar area (good for that happy hour!), as well as the dining side. With four kids, we were led to a table in the larger back room where we had plenty of space.

One of our favorite things about Mexican restaurants is the chips and salsa, and the ones served at Te’kēla did not disappoint. My kids ate multiple servings, though we had to ask our server not to bring more or  the kids wouldn’t eat their meals. The salsa was fresh and tasty— not too spicy, but flavorful— so everyone at the table enjoyed it. My son ordered the housemade guacamole and said it was delicious.

The menu options are plentiful; even the pickiest eaters should certainly  find something they like! In addition to tacos, enchiladas, bowls and fajitas, Te’kēla also offers wings, soups and burgers. There are a wide variety of  a la carte taco combinations that start at $3 each.You can add rice and beans for an additional $4. You’ll find traditional Mexican classics like wet burritos, carne asada and tamale plates, as well as Latin specialties like Patrón and lime chicken, Cano’s chori pollo, and steak nacho burritos.

My two oldest each chose carnitas bowls. We should’ve read the description better, as the salsa verde was definitely on the spicy side and ended up being a little too much heat for my daughter’s liking. Overall, though, both kids ate much of the sizable portions. 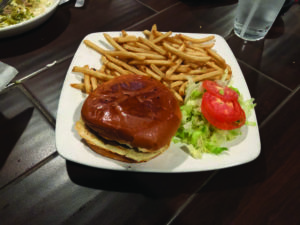 My two youngest— both taco lovers— were in the mood for American fare, so one ordered chicken tenders and fries while the other chose a cheeseburger. The food was hot, the fries were perfectly crispy and both kids ate really well – so no complaints! It’s always nice to have a variety of options when kids are in tow.

My husband selected the steak nacho burrito, which he clearly liked, because it was gone before I could even get a bite!

I tried two of the tacos, barbacoa and cilantro lime chicken, in flour tortillas. It was difficult for me to pick just two with such a variety of tempting combinations.  I was pleased with my picks when they were quickly delivered, and really warm from the kitchen.

A steady stream of diners entered Te’kēla while we were there, without a wait for a table, which we always appreciate when dining as a family.

The food arrived at the table at different times which was somewhat of a drawback as the two oldest kids were almost entirely done with their meals by the time my husband’s plate arrived. Our server kept us updated on the status of the other orders, but I’m a big fan of eating together, that’s the point of family dinners, so my one complaint was the gap between the serving of the meals.

Bottom line: The tacos were really good, and we’ll be back on a Tuesday to check out their Taco Tuesday special ($2 carne asada and grilled chicken tacos; $1.75 ground beef and shredded chicken). The menu offers a wide variety of options, so everyone can find something they like. Employees are friendly and knowledgeable and our server was patient with our children as they placed their own orders. 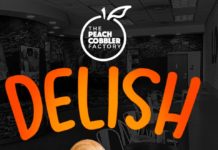 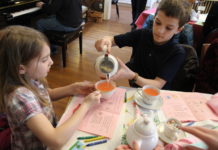