Local business owner and activist Jessica Fuller experienced a troubled childhood. Today, Fuller owns a small shop that provides healing crystals, and is collaborating with a local hair stylist to open a beauty bar and boutique. But as a child, she was sexually harassed by three boys while traveling to a sixth grade camp. She became suicidal and violent, causing family life to become very difficult. Over several years, her parents sent her to numerous schools and facilities in two different states for treatment.

Fuller came to learn that she had entered the “troubled teen industry,” consisting of organizations created to control or change the behavior of young people. Family doctors, court systems and educational counselors, among others, advise parents on the myriad programs to help young people (including children as young as ten) and their families cope with children’s antisocial and unhealthy behaviors ranging from substance abuse to violent crimes.

While many effective family programs exist, other intervention programs can have negative, long-term effects on young people. Boot camps, wilderness therapy and conversion therapy programs are among treatment practices that have been identified as ineffective and potentially damaging, even years after young people have left them behind. 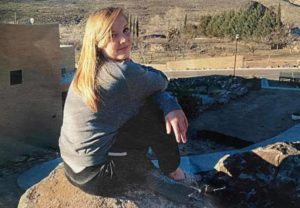 Roots of the movement

The earliest examples of damaging programs date back to the 1950s with an organization called Synanon. Its treatments included isolation, sleep deprivation and manual labor. Although Synanon was closed in 1991, its followers spun off similar programs, some of which have brainwashing-type techniques.

Celebrity Paris Hilton is a product of the troubled teen industry. Her 2020 documentary, This is Paris, highlights a series of schools and treatment centers where she spent time during her teens. Reunited with several of the other young people who were at a Utah institution, and together they made public statements about their time there. She has testified in support of Utah’s Senate Bill 127 (which passed and was signed into law this past spring) to set new regulations for the state’s troubled teen institutions. The statements from this group and others began the organization #BreakingCodeSilence, part of a movement Fuller embraces here in Toledo. 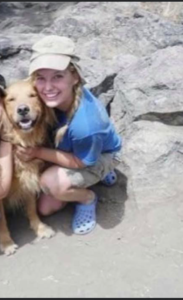 Breaking the silence in Toledo

Today, Jessica Fuller is studying social work in preparation for a career in juvenile justice. She’s also a local advocate for Breaking Code Silence, an organization created by survivors to raise awareness of the problems in the troubled teen industry and protect young people from abuse. The organization was established in the fall of 2020 and named a national non-profit organization in the spring of this year.

According to the organization, “Code Silence” is a term used by institutions to “control children through forced silence, intended to socially isolate them until they reach a breaking point.” The organization incorporated the #BreakingCodeSilence hashtag to “encourage survivors of institutional abuse to stand up and testify about the abuse” at these facilities.

The most critical objective of Breaking Code Silence, according to Fuller, is to “educate people about the troubled teen industry. We need to provide information so people will understand what happens and to help get young people out of these situations,” she said.

To further spread the word, Fuller has become active in promoting Breaking Code Silence through social media. “The organization offers peer support and help in finding local resources,” she explains. Ultimately, Breaking Code Silence is building a funding base so survivors can get support in finding the counseling services they need after they have been through these programs.

Families finding their way through the system

For families wanting to find good, safe counseling and treatment programs for their kids, Breaking Code Silence stresses that appropriate treatment programs have been evaluated for effectiveness and assessed in large studies by independent researchers. They list a variety of programs that currently meet these standards.

In addition, Blueprints for Healthy Youth Development is a registry of evidence-based programs that have scientific support. And the Annie E. Casey Foundation’s Juvenile Detention Alternatives Initiative (JDAI) is building community-based alternatives to confinement for young people moving through the court system.

One of the most important things a young person who is struggling can do is to talk about the experiences they’re having. They should be encouraged, not afraid, to talk to adults about the conditions within problematic programs.

“I know that therapy is not the enemy,” said Fuller. “I’ve been betrayed by many programs, but the right program can be very, very beneficial.” She is also engaging in other pursuits, like journaling, music, outdoor activities, boxing and art. “These things have helped me a lot.” 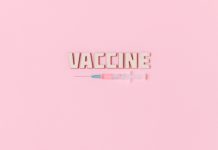 Considering the HPV vaccine for your child? 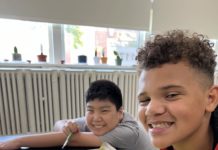 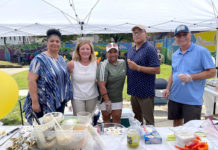