As most parents will understand, stepping on LEGO pieces are extremely painful. My room was a minefield of LEGOs that my parents had to traverse just reach my dresser, but these little plastic pieces expanded my imagination like nothing else could. I would build up skyscrapers with mismatched colors and knock them over, or recreate scenes from my favorite television shows and movies. And now kids all over Toledo can get creative, thanks to the newest exhibit at Imagination Station. 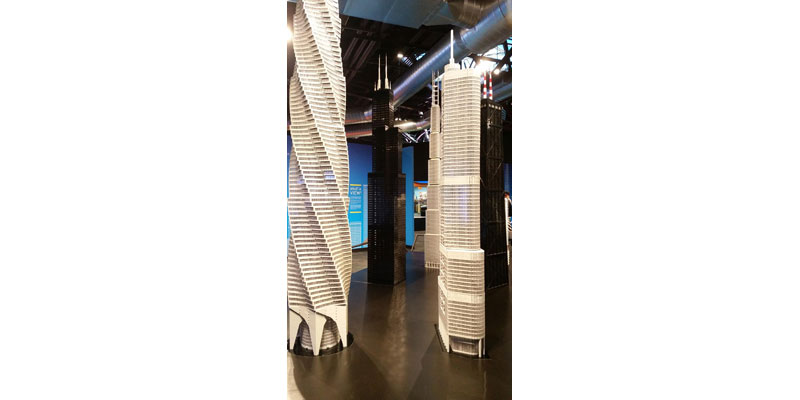 The Sky’s the Limit

Certified LEGO Professional Adam Reed Tucker has taken a child’s toy to an entirely new level at the Imagination Station’s two-part exhibit, LEGO Brick Architecture: Sky High Science. The first part features 13 world-famous LEGO designed buildings from the Chicago Spire to the Sears Tower (now Willis Tower), also in Chicago and the Gateway Arch in St. Louis. The other half of the exhibit includes an Interactive Play Space for children to build their very own LEGO masterpieces.

Adam Tucker began his LEGO building career with the famous Empire State Building. His first masterpiece is just over seven feet tall from base to spire and includes 12,200 LEGO bricks, or 10 Hogwarts Castle LEGO sets that make up the LEGO building.

As a Chicagoan at heart, Adam also constructed numerous skyscrapers from the Windy City such as Trump International Hotel and Tower Chicago (11,100 LEGO bricks) and the John Hancock Building (16,450 LEGO bricks). 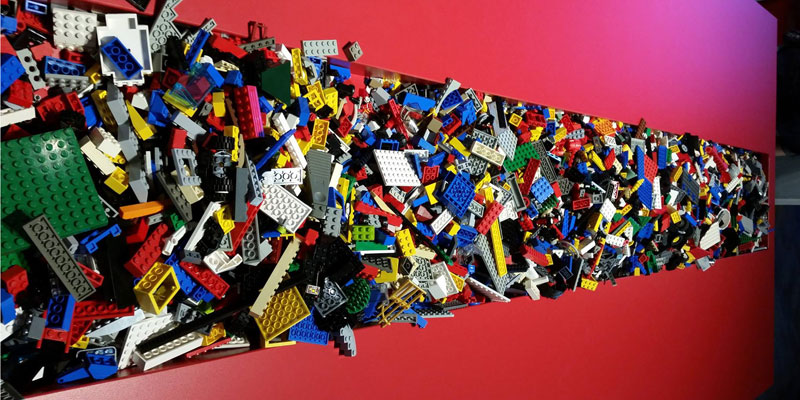 Nothing came close to the tallest building, not only at this exhibition, but also in the world— the Burj Khalifa. This monster of a creation is 450,300 LEGO bricks dense, 17 ½ feet tall, and took 340 hours to build in all. By far this was the most impressive of his creations, and my favorite.

After gazing at these towering creations, I felt inspired to build my own architectural masterpiece in the Interactive Play Space, complete with tables split down the middle filled with LEGOs. As I dug in the brick-lined trenches for the perfect piece to top off my own skyscraper, I was reminded of my childhood and the various creations I built. Maybe it wasn’t Adam’s Burj Khalifa in both design and size, but my 6-inch tall building— complete with an oversized fountain— was good enough to satisfy my inner child.

Lastly, I attempted to create an earthquake-proof LEGO skyscraper at the Tower Builder Shake Table. Using larger LEGO blocks I built up to the required height of 18 inches and initiated an earthquake. I knew my high school physics class would come in handy someday, and today was that day— my building was still standing when the “earthquake” subsided. 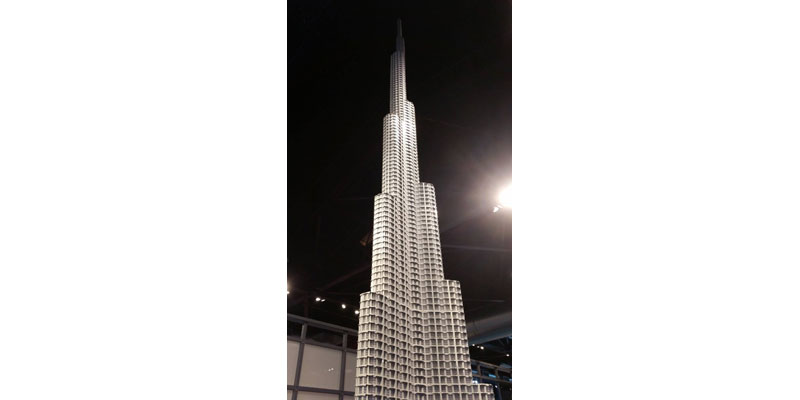 “Personally, I view the LEGO brick first and foremost as an art medium. No different than, say paint to a painter or metal to a blacksmith,” said Tucker. “My creations are an artistic celebration, a sculptural exploration of architecture in its grandest most impressive form, the skyscraper.”

Adam Tucker’s exhibition is part of a larger LEGO themed event running that will officially open on Saturday, October 8 and run through January 29. 10am-5pm Tuesday-Saturday.  $4/non-member plus price of admission. Kids 2 and under are free. Free for members.