There’s more than just reading, writing and arithmetic in schools today. For some in the area, random drug testing is also part of the agenda. Most recently, Maumee Schools joined other schools in the Northern Lakes League in requiring random drug testing for students who participate in sports and extracurricular activities (grades 7-12) and for Maumee High School students who request a parking pass. The School Board voted 4-0 to install the policy beginning with the 2017-2018 school year, as an effort to reflect community norms and beliefs, including promoting a healthy, drug-free lifestyle. The testing program will support anti-drug programming already in place in Maumee schools—DARE in 5th and 7th grade, Red Ribbon Week in all grades, activities sponsored by the Maumee Substance Abuse Intervention League for all grades, and the district’s curriculum in health and life skills. 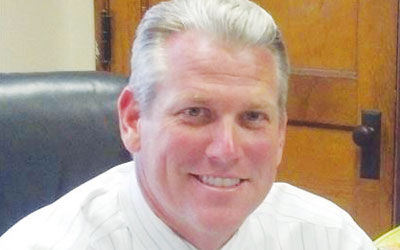 The hope is that no student will test positive for drug use, but if a test is positive, immediate treatment of the student is the priority. Confidentiality is of the utmost importance and, while there will be penalties outlined in the Code of Conduct, there will be no academic consequences for a positive result. The district is still deciding on which vendor will administer the tests, and exactly how and when students will be tested, but officials believe, “Programs like these give students one more reason to say ‘no’ to trying or using drugs, alcohol and tobacco. Research shows that experimentation with drug/alcohol/tobacco begins during young adolescence. Having a random drug testing program is a deterrent for many.”

This ruling, and those made earlier in Anthony Wayne and Perrysburg schools, among other local school districts, takes its legal weight from a 2002 U.S. Supreme Court ruling giving schools the right to test students who participate in athletics, extra-curricular activities, obtain a parking permit and/or participate in activities that do not involve a grade. Currently, the list of Maumee students who can be tested includes all athletic teams, cheer, dance, marching band, guard, winterguard, drumline, speech & debate, Quiz Bowl, DECA and Jets Club. Parents of students not in those organizations may include their children in the random testing by registering them online with back-to-school forms provided at the beginning of the school year, and students may “self-report” for testing.

Tom Hosler, Superintendent Perrysburg Schools, has been pleased with the policy enacted by his district almost eight years ago. “Our policy has several purposes,” he explains,“including ‘To provide solutions for the student athlete who does use drugs and alcohol,’ ‘To reflect the Perrysburg community’s desire to have its youth live drug- and alcohol-free lives,’ and ‘To discourage all student athletes from using drugs and alcohol so students will assume all responsibility for regulating their personal lives in ways that will result in their becoming healthful members of a team and worthy representatives of the school and community.”

Hosler continues, “We have realistic expectations. We know this isn’t a ‘magic bullet’ and we recognize this is a preventive measure. It will not stop all kids who want to use, but it gives them one more tool to say ‘no’ if their friends suggest it.”

Athletes are tested at the beginning of each season, and then on a random basis during the off-season, and, as with the Maumee policy, there are no academic penalties for positive testing results. “Taking a student out of the helpful environment of the school and support staff isn’t very helpful,” Hosler insists. “The testing is not meant as a ‘gotcha.’ It is meant to identify kids who need help and encourage them to do so.”

Former Perrysburg football coach and Athletic Director Ray Pohlman notes the decision to adopt a policy in Perrysburg was not without its challenges. “We had concerns voiced about the privacy of testing, and several parents, including attorneys, worried the rights of students were ignored or weren’t aware of the rights of students. They had to be aware of what the Supreme Court rules calls for and why rules were mentioned for students. Some in the community were worried about our not being able to test for the right drugs or punishing the athlete whose test reveals a drug that he has been prescribed.”

The policy discussion counted comments from parents, board members, students, and administrations. Some parents wanted drug tests for all the administrators to be fair if students have the same requirement. Others suggested there would be no athletes involved in any sports because of the possibility of being caught. Some parents thought penalties were too strict or it would be too easy to sneak tests or give false results. Several parents and students expressed concern for students (especially juniors and seniors) whose true reports for drug use would have serious effects on their college plans. Students were not allowed to drive if they were found guilty for positive results, which made it difficult to get to school or to their jobs.

Pohlman said they listened to all concerned voices and won over the naysayers by reminding the students involved they could use the policy as an excuse to say ‘no’ to their friends.

“Blame the policy,” Pohlman said. “We assured students that any results stay in the Athletic Department. We want to help, and we want to encourage you to take care of your friends and teammates. Most of the kids and their parents responded to that.”

There is no question that drug abuse is a serious problem in all communities. But, as Hosler notes, “Communities have to make their own decisions about what will work with their students and their families. Random testing has worked for us, and Maumee has made a similar decision. Every district has the goal of helping kids. That’s why we are there.”