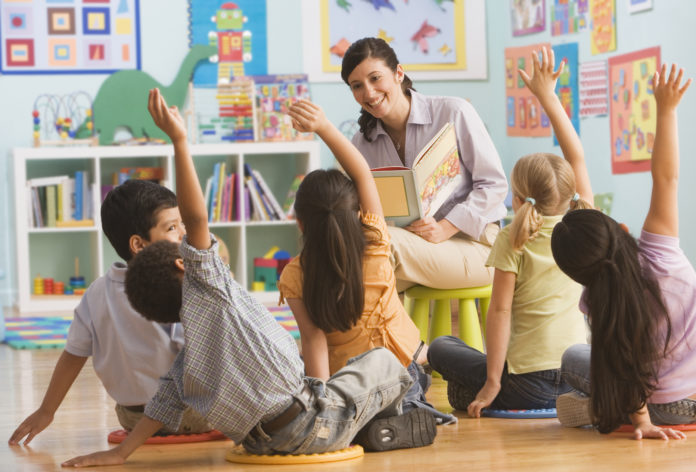 Research shows that over 80 percent of Toledo’s children enter kindergarten without the skills, behaviors or knowledge needed for continued academic success later in life. HOPE Toledo is looking to change that narrative through its Universal Pre-K program. Through this initiative, children who are four-years-old and younger in Toledo can have access to affordable, early childhood education through a high-rated and high quality pre-school in their community.

Research has shown that children who attend a pre-k program have positive outcomes that include increased high school graduation rates, increased financial success in their lifetime, and other significant social benefits.

In 2018, only 18 percent of children (1 in 5) in Toledo were prepared to enter kindergarten based on district readiness assessments. During that same year, Toledo Mayor Wade Kapszukiewicz met with several other elected officials across Ohio, including some from Toledo, and established a steering committee with representatives from the city of Toledo, ProMedica, Greater Toledo Community Foundation, United Way of Greater Toledo, Washington Local Schools and Toledo Public Schools.

What is Pre-K?
Pre-K is short for pre-kindergarten, and it is where children four-years-old and younger can learn how to become more independent as they get ready for elementary school. Children will take part in hands-on activities that help them learn about numbers, colors, shapes, songs and letters, all while learning how to play nice with others. Students will also have smaller classrooms and smaller teacher-to-child classroom ratios than is typical of kindergarten.

Funding the Initiative
John Jones, president and CEO of HOPE Toledo, is focused on funding and keeping the pre-k program sustainable for years to come. In the spring, Jones presented a proposal to Toledo City Council, asking to allocate $1.25 million of the city’s American Rescue Plan. Then, about a month later, the funding was approved. “We’re thrilled about it, and we’re thrilled to have it [the money] to continue to move the needle,” says Jones.

“The reason why I voted for this funding is because I understand there is a direct link to education and poverty,” says John Hobbs, Toledo City Council member for District One. “The more a group or a community is uneducated, poverty tends to follow, and this universal pre-k program is extremely important to educate children in our communities in order to avoid that,” he adds.

The payment will be split in two over one year; one payment will be up front and the other payment will be paid out to go toward funding the program next year. “Clearly, without question, there is a need for more funding as the program develops,” says Jones. He estimates there are 3,500 – 4,000 four-year-olds in Toledo, and about 1,000 of those children will attend universal pre-k.

To successfully run the program, Jones and other officials calculated that it would cost $10,000-$12,000 per child to get the education they need. “We’re talking somewhere in the $10 million range annually of what would be needed to continue the program,” Jones adds.

Talks to secure more funding from other organizations are “in progress” according to Jones. You can donate to help support HOPE Toledo and universal pre-k by visiting the donation section of their website.

Enroll Your Child
Parents can enroll their children in universal pre-k today by visiting HOPE Toledo’s website. While the program is not free, Jones emphasizes that enrolling your child in pre-k is very affordable and that “it’s based on the household income”. For example, if a household brings in $100,000 annually, parents can expect “some” cost associated with enrolling your child(ren). “If you’re earning very little money, that’s a completely different conversation than someone who is in the middle class,” Jones says, adding that the program is designed to shoulder some of the financial burden, particularly if you’re at the lower levels of the income scales.

“We [HOPE Toledo] are working to help bring about a comprehensive, community-based approach to early childhood education and care. We know that a strong start is critical for our kids so they can have a successful future.”

Classes are set to begin in late August to early September. Learn more about the programs at hope-toledo.org.