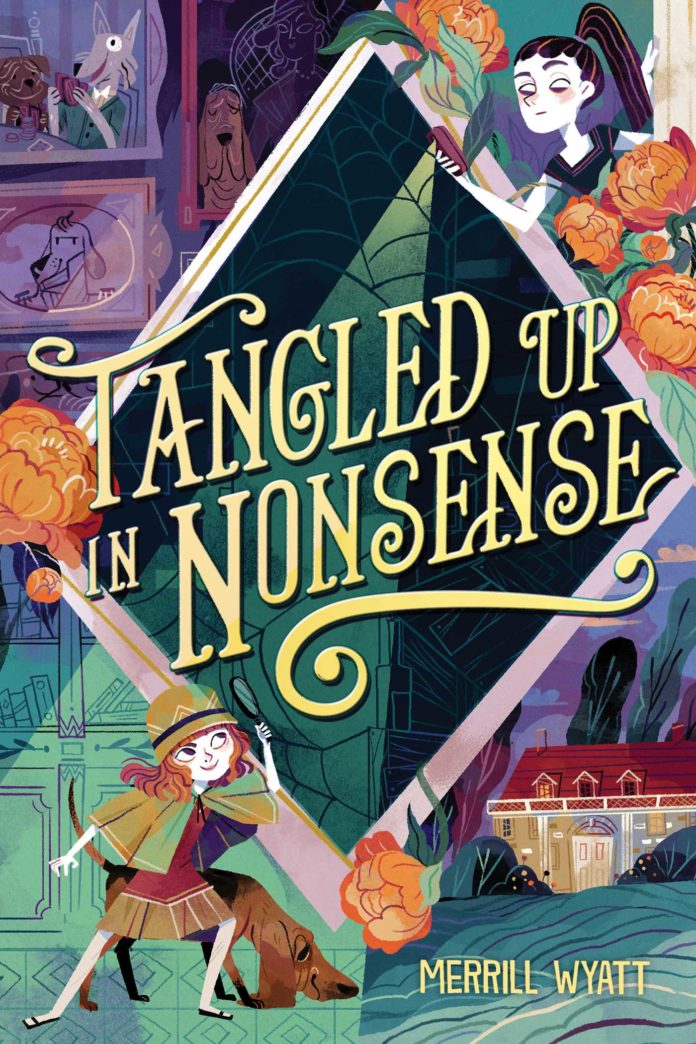 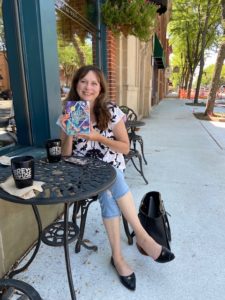 Wauseon author Merrill Wyatt has an eye for adventure. It is not surprising, then, that she loves a good mystery.  “Growing up in a small town, I always wanted to have exciting adventures. You see them on television, you watch them in the movies and you say ‘Ooh, I want that to happen to me, too!’ Spoiler alert: it never did. But it was still a fun place to grow up,” she said.

Wyatt’s third book, “Tangled up in Nonsense,” will be released in November by Simon and Schuster. A sequel to her earlier book “Tangled Up in Luck,” it follows the adventures of unlikely friends and amatuer sleuths Sloane and Amelia as they travel to the banks of the Maumee River in Toledo to solve the mystery of a Prohibition-era bootlegger’s missing millions. Wyatt, who is a self-professed history buff and lover of old houses and architecture, likes to find ways to incorporate these elements in her stories.

“I always wanted to be an author because I loved reading books when I was a kid, and one of my absolute favorites was the Nancy Drew series. It wasn’t until I was an adult that I found out that the primary ghostwriter for the Nancy Drew books lived in Toledo [Millie Benson]. As a kid, I probably would have stalked her had I known,” she said with a laugh.

Wyatt has written three mysteries geared toward the middle school reader, an age that she knows well after working as a technologies instructor at Springfield Middle School for eighteen years.

“I ended up really loving that age group a lot,” she said. “I just like how creative and fun the kids still are at that age. They are smart and insightful, and yet they also hang onto that childlike sense of wonder, which is a big part of why I aimed [my writing] at that group.”

Wyatt said her writing inspiration can come from unlikely places, and may develop over time.

“Ideas churn around in my head for periods of time anywhere from weeks to years,” she said. “I might take bits and pieces of something I thought about years before. I do think through the ideas for a couple of weeks, or honestly, a couple of months. When I sit down to write, it typically takes me three months to write the first draft, and another month to two months to revise it.”

After finishing her first novel, Wyatt approached numerous agents to represent her, which proved to be a lesson in perseverance.   “With ‘Ernestine, Catastrophe Queen,’ I easily went through 60 or 70 agents, and they were all ‘no’s’ other than my one agent who said ‘yes.’ And she sent it to 20 to 25 editors, who were all ‘no’s’ except for my one editor.”

What advice does Wyatt have for would-be authors? “Don’t give up! Do something that is hard every single day because it is good practice. It takes a lot to get a book published in this industry, and it never gets easy.”

Find “Tangled up in Nonsense” on Amazon or locally at Gathering Volumes.

Q and A with Merrill

Your life in six words or less: Hectic but fun all the time! (She spends her days with her husband, her teenage daughter, three cats and a guinea pig.)

The ideal way to spend a day: Going on little adventures that involve good food and seeing something new. (Next stop: Frank Lloyd Wright house in Springfield, OH.)

Describe Toledo in one sentence: It’s rustic and low-key artsy. (“There’s a lot of mystery here,” she added. “You see these old buildings and think ‘What happened?’”)

Favorite place for a coffee and a good book: Brewhouse Coffee and Bake Shop in Maumee.

What’s your favorite genre to read? Hands down, mystery!