Now in its fourth year, The Good Shepherd Animal Sanctuary is a safe haven for those that trod on all fours or squawk and flap their wings. Located 25 minutes outside of South Toledo in Neapolis, they are the only Farmed Animal Sanctuary in the Greater Toledo Area.

According to Christine “Elle” Cox, founder and president of the organization, it all started five years ago in a boarding barn. She had originally come onto the animal rescue scene by saving off-the-track thoroughbred race horses. She was taking care of one while her best friend and co-founder of the organization, Colleen Wilson, was asking her what was next for her life.

“I told her, ‘I really want to start an animal sanctuary, but I want it to be all inclusive. I don’t want it to just be dogs and cats. I want it to be every animal,’” Cox said. “I’d been a vegan at that point in time for eight years, I’m now going on 13, and I just knew that I didn’t want to exclude any animal.”

It wasn’t easy. It took two years to build on the idea and look for a property that could realistically sustain their organization and all the different species that they were hoping to save. Finally, in 2018, while six months pregnant, Cox and her husband found the perfect land and jumped on it. It needed a lot of work, but they were willing to do it. “We built the barn by hand, put every last post and strip of fencing up by ourselves,” Cox said.

The Good Shepherd is permanently home to 91 animals, which may seem like a lot, but Cox says that the majority, such as chickens, ducks, rabbits, and cats, are not very financially taxing. Permanent residents are able to be sponsored by the public for affordable annual or monthly costs listed on their site. Besides sponsorship, they also foster-to-adopt many animals as long as the foster can pass a farm check and prove they do not have other animals on the property used for stereotypical food sources, such as slaughter or selling eggs.

One animal that The Good Shepherd has been struggling to save and even find fosters for lately are potbelly pigs. They have recently launched Project Ohio Potbelly Pig Aid to garner money and support for a case in Dayton where 20 pigs were living in squalid conditions and breeding out of control. They were granted 13 pigs from the case and have been able to find fosters for most, even adding two to their own permanent residents.

“There really is kind of a trend that has been erupting among the exotic pet enthusiasts to purchase potbelly pigs under the guise of a mini, micro, or teacup pig,” notes Cox. “At the end of the day, there is no such thing.”

Cox urges the public to become informed of the animals in their care, make sure they properly seek medical care through vets, and also stop over-breeding by spaying and neutering their pets.

Want to help? If you’d like to go beyond donations or sponsorships, The Good Shepherd encourages individuals to volunteer. Learn more by visiting their website, https://www.thegoodshepherdanimalsanctuary.org/. They do not accept walk-ins. 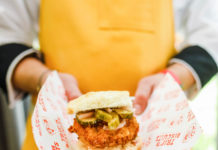 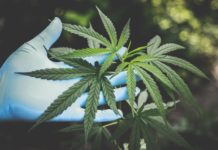