“Did you catch that game last weekend?” It’s the classic water cooler conversation, and for many men (and women) football is a favorite pastime. However, for people with disabilities, participating in football has been a rare opportunity. That’s where The Toledo Crash Football Team comes in.

Toledo Crash is a local integrated wheelchair football team dedicated to building community and increasing awareness. “Besides having the goal of building an inclusive team, what I hope to leave behind during my time with the Toledo Crash is to change the societal perspective of what it means to be a disabled athlete,” said Nick Hyndman, Toledo Crash quarterback.

Toledo Crash’s opponents include a variety of organizations in the area including Toledo Reign— a female football team, Toledo Thunder— a minor league team, and college teams from Owens Community College and The University of Toledo. While the opposing teams are often made up of players without disabilities, Toledo Crash is integrated, which means anyone is welcome to play on the team.

Toledo Crash is open to teens and adults. Players are classified based on their varied abilities. Rules are created to ensure equal competition. There are three primary levels of classification. Level 1 players are those with fully functioning arms, hands, and eyes; these players may include paraplegics, amputees, and non-disabled players. Level 2 players are those with limited arm and hand movement, such as quadriplegics, and those who are visually impaired. Level 3 players have minimal to no arm movements or are blind. When a teammate is blind, a noise-making device like a beeping football and portable radios on wheelchairs can be used.

Rules are adapted according to the different player levels. For instance, Level 1 players are required to catch and hold onto the ball, whereas a Level 2 player is required to gain possession by touching the ball, but then is able to “run” without the ball in their hand. A Level 3 player would need to have the ball touch them above the waist and then they can “run” without the ball.
Although some rules are predetermined, many aspects of the game are agreed upon by the two teams. The timing of the game, the physical contact level, and number of players can vary depending on what the teams agree to.

As the game is played in wheelchairs, a standard football field is not plausible, so instead the game is played on a basketball court. Toledo Crash usually plays and practices on the UT rec center’s court or the YMCA’s court. This year’s practices began on October 11, and the first game took place on October 22 against the UT fraternity Alpha Sigma Phi.

Although the season is currently underway, Toledo Crash is always looking to recruit new players, and is also looking for groups or organizations who would like to play against Toledo Crash. If interested, please contact The Ability Center of Greater Toledo, 419-885-5733, or visit abilitycenter.org. 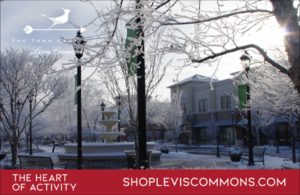