COVID-19 has confirmed for teachers, parents and students the importance of a traditional classroom setting. Students prefer learning in a real classroom over virtual attendance, and social skills absorbed through peer interaction cannot be learned virtually.

Yet for medically fragile and immunocompromised students, physically attending school has its challenges, and few districts offer a combination of traditional versus virtual learning. Ottawa Hills High School (OHHS) piloted a trial iPad program last year, offering a hybrid mix of virtual and traditional learning, and this pilot program is now included as part of the 2020-2021 reopening plans for Ottawa Hills school district.

Avalon Budd, the student for whom the pilot program was developed,  has hypophosphatasia (HPP), a rare genetic disease commonly called “soft bones.” A person with hypophosphatasia fails to produce an enzyme which delivers calcium to the bones, which results in abnormal and hollow teeth and bones, serious mental and physical fatigue, and metabolic challenges throughout the body’s many systems.

Avalon had accommodations made for her by the administration of her grade school, Lial Catholic School, which took an active role in working with this challenge. When looking for high schools, her parents Deborah Ayres and Douglas Hoblet were impressed with Ottawa Hills’ reputation for high educational standards.  After  speaking with administrators to develop a plan to accommodate Avie’s needs, Deborah and Doug were thrilled that OHHS faculty and staff were on board with the pilot program.

Meeting her needs
Jill Michaelson, Director of Student Services at Ottawa Hills, explains, “When we met with Avalon’s family, and we heard about things that worked and didn’t work in the past, we figured out how we could meet her needs here. We wanted to have the academic rigor that Avalon very clearly needed but still be able to respond to her medical needs as well.” Michaelson continues, “I think it took all of 30 minutes for our IT staff to train the teachers, and the teacher buy-in was phenomenal. They had a commitment to Avalon. They were like, ‘Tell us how to make this work and we will do it.’ We worked together as a team to address any kinks that came up, which wasn’t often.” 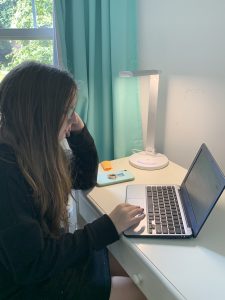 As each of Avie’s teachers has an iPad, the process is simple: the teacher turns on the iPad, which is located on a tripod in the classroom, and livestreams each class to Avie at home. Avie is able to ask questions, follow along, and even participate in group work. Ottawa Hills transitioned to Google Classroom last school year, so whenever there is a virtual presentation (PowerPoint, notes, etcetera), Avie accesses those in real time through her laptop, while still being “in class” via the iPad.  Last year, she utilized the iPad option about one day each week and attended live classes the other days of the week.

Teachers were surprised at the benefits of the program; they said the iPad program was “the next best thing” to having Avie physically present in the classroom. It also ended up being much less work for the teachers as they didn’t need to compile, deliver and grade makeup work. The virtual learning option for Ottawa Hills includes many of the same details as The iPad Program.

Student responsibility is key
Before initiating the program, Avie signed a contract in which she agreed to take responsibility for any work outside the classroom and to clearly communicate with her teachers. Her parents “have very little extra involvement, if any,” they said. “The main relationship between the student and her teacher remains intact with no extra stress for her. We do not have to intercede or homeschool at all. It is the closest thing to keeping things ‘normal’ for her,” Ayres adds. ”Considering over 38% of female high school students suffer from an anxiety disorder today, this program clearly supports lower stress for our daughter and maintaining her mental wellness, as well as her physical health.” 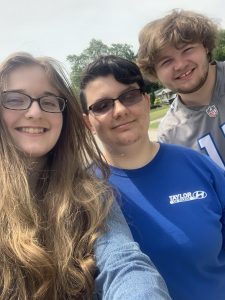 Benjamin McMurray, OHHS Principal, adds, “She was able to stay connected with her peers and be part of the school culture. She was still a fundamental part of what’s going on in our school…it was a situation she could thrive in. Makes you think about all of the other medically-fragile students who could possibly benefit from something slightly different.”

The administrators and teachers at Ottawa Hills could have refused the request to create this pilot program, as other local high schools had, but they went above and beyond to listen to Avalon’s needs and figure out a way to address them. Then with the knowledge from that interaction the administrators and teachers shaped this school year’s reopening plans. “This was the next best thing to attending class in person,” McMurray concludes. “It was not the same, but it was pretty darn close.” 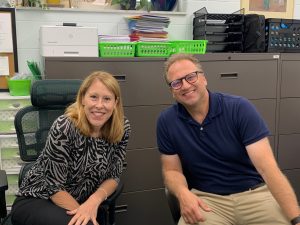