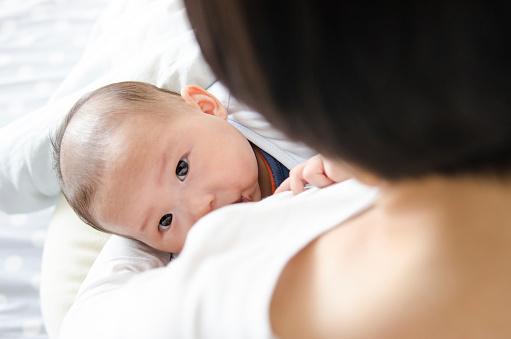 The American Academy of Pediatrics (AAP), the World Health Organization (WHO), and other health organizations and agencies recently extended the recommended duration for breastfeeding infants from “at least one year” to “at least two years.

The WHO actively promotes breastfeeding on a global scale, and “is working to increase the rate of exclusive breastfeeding for the first six months up to at least 50 percent by 2025.” However, the Center for Disease Control reports that in Ohio only five percent of infants were exclusively breastfed until six months, according to a report from 2018.

The “AAP supports continued breastfeeding, along with appropriate complementary foods introduced at about six months, as long as mutually desired by mother and child for two years or beyond,” per a policy statement released on June 27. 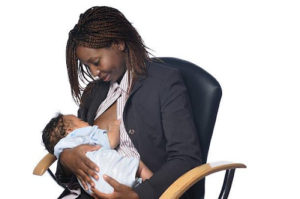 Several factors contributed to the updated breastfeeding recommendations, including the national shortage of infant formula, explored in Toledo Parent’s “Fed is Best” story posted on May 31. New research indicates that extending breastfeeding to two years and beyond has significant health benefits for both mother and child.

“Human milk has a unique composition, with antimicrobial, anti-inflammatory, and immunoregulatory agents and living cells, all of which contribute to the developing immune system of the child,” states the APA technical report of June 27, 2022. All of those factors contribute to a stronger immune system for exclusively breastfed infants with healthy gut bacteria passed through the mother while nursing.

According to an APA policy statement, breastfed infants have a reduced chance of:

As for the mother, health benefits include:

Mother-child bonding is another beneficial key factor to consider regarding breastfeeding. The Surgeon General’s Call to Action to Support Breastfeeding states “the psychological benefit of breastfeeding, including bonding more closely with babies, is an important influence on the decision to breastfeed.” Snuggling your infant skin-to-skin produces oxytocin, the feel-good chemical, which also plays an important role in breastfeeding — triggering milk let-down. It has also been suggested that breastfeeding may decrease the chance of developing postpartum depression.

Successful breastfeeding is still a challenge, even with very young children under six months old, despite the new recommendations.  “The Problem with the AAP’s New Breastfeeding Guidelines” (Buzzfeed) discusses the pitfalls of the new recommendation. A lack of support from partners and the lack of adequate parental leave policies across the US, along with other workplace issues contribute to early weaning.

FYI, a bathroom is not a suitable setting for pumping or breastfeeding!

Many factors in the US contribute to the negative perspective about breastfeeding, especially in public. Nursing mothers “often report feeling ridiculed or alienated for their choice and conceal their breastfeeding to minimize unsolicited judgment and comments,” the APA reports.

Dr. Joan Meek, the lead researcher for the updated APA policy statement, shared the following in a  New York Times interview: “Studies show that some women are reluctant to share their continued breastfeeding with even their health care providers because they do not feel supported in continuing to breastfeed beyond a year.”

Socioeconomic factors and systemic racism also contribute to low breastfeeding rates: “None of the Healthy People 2020 objectives for breastfeeding were met for Black mothers and infants among the 2018 birth cohort,” the report states, imploring that “implicit bias, structural bias and structural racism should be addressed to eliminate disparities in breastfeeding and improve the health and well-being of all children and families.”

The updated report heralds the call for social changes that will benefit not just nursing mothers, but all families in the United States.

Although choosing to breastfeed may seem overwhelming, don’t be anxious — there are resources and support available locally.

Gloria Shortridge, R.N., IBCLC, at the WIC Breastfeeding Program in downtown Toledo is a tremendous resource for those interested in learning more about breastfeeding.

The Ohio Department of Health has a fantastic downloadable breastfeeding guide at odh.ohio.gov. If you are pregnant and considering nursing your child, or are struggling in the early stages of nursing, this guide is an excellent resource with a ton of valuable information.

Other resources include the National Breastfeeding Helpline, the Women’s Health website, the Center for Disease Control, Promedica’s Lactation Support, Mercy’s Lactation Support, and even a local breast milk bank, as reported in Toledo Parent’s “Donating Breast Milk, Saving Lives” piece on May 6.

Breastfeeding, for six months, two years, or even longer, is now considered preferable although it is certainly not always possible. The APA concludes their updated policy statement:

“Exclusive or any breastfeeding is not always possible, despite the best of intentions, and these mothers and families need special support to overcome the disappointment that may accompany breastfeeding difficulties.”