Mona McGhee affectionately refers to them as her “kindness kids.” The card constructors: a group of students at Toledo’s Central Catholic High School that spend their free time folding, stamping, cutting, punching and gluing to create greeting cards that are miniature works of art.

The teens produce hundreds of handmade cards a month, working in the school’s “Kindness Room” after school, on Saturdays and during any other downtime they have. Central Catholic students then personalize the cards with notes and distribute them monthly to faculty and staff, as well as to outside organizations such as nursing homes, hospitals and military bases. “We want our cards to look professional. Not just like you whipped it together. Rather, (the cards should)  look like there’s been love and time and effort,” says McGhee, a college and career advisor who oversees the card making operation. “We’re just excited to spread kindness.” 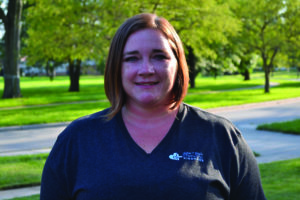 At Central Catholic, the walls of the kindness room are painted a soothing baby blue and covered in inspirational quotes about kindness. Pegboards and shelving are lined with colorful, neatly organized supplies for paper crafting, and comfortable couches invite students to relax and socialize when they aren’t working on cards. Along with inspiring young people to do kind things for others, the rooms are meant to provide a safe haven for students who are struggling with bullying or other challenges, according to Boyle.

She knows the stakes firsthand: Boyle founded the Luken T. Boyle Campaign for Kindness in 2017 after her oldest son took his own life at the age of 14 in response to a cyberbullying incident. She began speaking to youth about the dangers of bullying three months after his death, and has since shared her family’s story with hundreds of young people in honor of Luken. “I just knew I wanted to get the message out,” says Boyle. “I wanted young people to understand the power of their words and their actions.”

Luken had planned to attend Central Catholic, and McGhee describes the school’s Kindness Room as a labor of love where positive things have arisen from a terrible tragedy. She would like to see similar rooms in every school to foster intentional kindness. “It would make all of us happy to know that we were a catalyst for a change like that,” added McGhee.

Advocating for and empowering youth 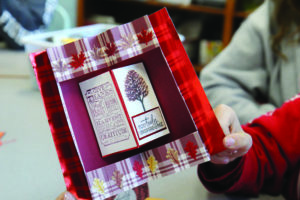 The Luken T. Boyle Campaign for Kindness, founded in Maumee, the organization advocates for and empowers youth to find their voice and to facilitate positive conversations with kindness, as well as to support those affected by bullying/cyberbullying. Now in its third year, Central Catholic’s room has far exceeded anything the Campaign’s executive director, Samantha Boyle, could have imagined. “It’s a collaborative effort, and it’s really cool to see kids, who would not normally engage or hang out with each other, working together in the Kindness Room, and essentially becoming friends,” says Boyle. “It’s really fostered relationships within the school, and it’s inspired them.”

Bart Reamer, a senior who serves as student coordinator for the room, says the card campaigns allow students to interact with people they wouldn’t otherwise meet. “It expands the horizons of who people know and how connected we all are, even within the walls of Central,” he explains.

With support from the Campaign, kindness rooms are spreading to other schools. A second room opened this year for elementary students at St. Patrick of Heatherdowns, and a third is in the works at Blessed Sacrament School. Boyle says other private and public schools have reached out to her expressing interest in creating kindness rooms.

It can cost between $5,000-$10,000 to get a kindness room up and running, and Boyle’s organization works to cover those costs through its own fundraising and by soliciting private donors. The concept is adaptable to any sized space and any grade level, according to Boyle. “The kindness room is a gift from us,” she says. “It’s up to each school how they want to facilitate it.” 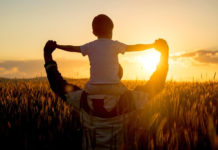 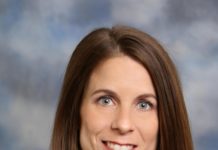 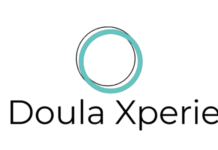 The Doula Xperience Expands Its Reach